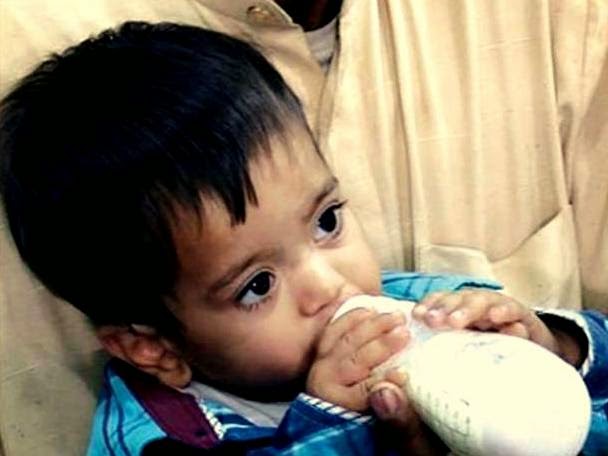 The world has gone mad but you know that.
The police in Pakistan accused nine month old Mohammed Mosa Khan, no relation to Lloyd Khan but who knows, even though the name is spelled differently there is a resemblance - of conspiring to murder, throwing stones at police and interfering in state affairs.
Looking at this hardened criminal sucking on his bottle of milk while sitting on his granfather's knee you too would be inclined to think he's guilty. He's got that look about him hasn't he.
Mohammed was arrested and finger printed along with thirty other people in a raid as police tried to capture a group of thieves in Lahore recently.
As a first offender the Minister of Justice may intervene and let him off with a warning perhaps.
But watch out Mohammed.
Those who throw stones, shouldn't.
And if you don't believe me there's more on Mohammed and the farcical situation here... 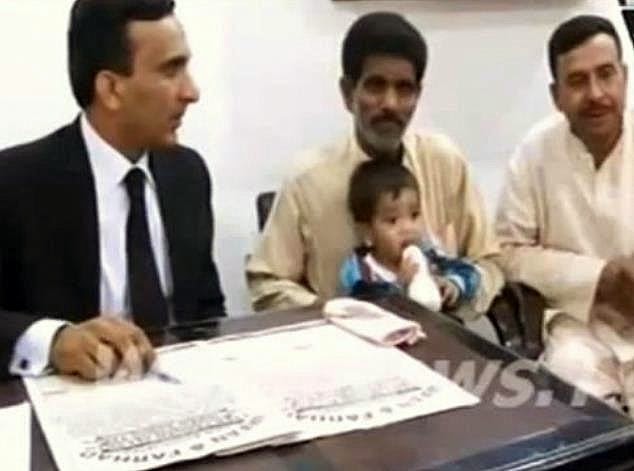