This Distressed Dog Swept Out To Sea On A Log Is Rescued By The New Zealand Navy... 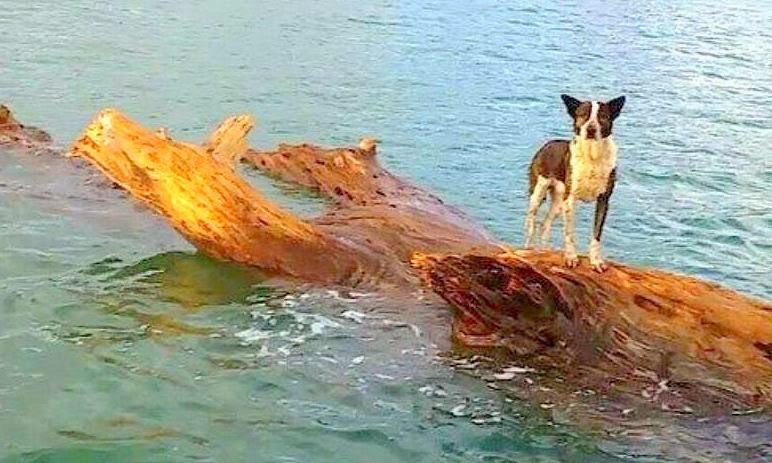 Every dog has it's day.
This dog who's name is Masefield was having his daily 'walkies' on a beach on New Zealand's Great Barrier Island at the height of a major storm the other day when he was
washed out to sea.
He wasn't wearing any sort of buoyancy aid at the time and had left his mobile phone at home. But the lucky dog was able to clamber on board the large log and set off it's EPIRB, a emergency locator beacon which, under New Zealand maritime law is mandatory on logs over thirty feet long. Never the less, there was no warm blankets, no doggie treats and by the time he was spotted by the keen eyes of Able Seaman Filipe Latu, one of the crew aboard the NZ Navy Patrol Vessel HMNZS Hawea, our canine chum was in a distressed state.
The commanding officer, Lieutenant Anthony Norris sent an inflatable with four crew to rescue the panicky pooch and took him ashore.
I'll never go down to the sea again,
said Masefield, to the lonely sea and the sky.
I'll never again seek a big log
or a star to steer her by... 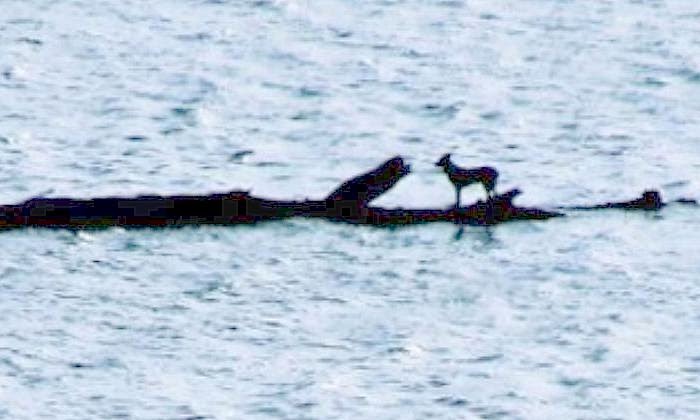