One Of The World's Most Spectacular And Exciting Sporting Events. Germany's Alpine Finger Wrestling Championships... 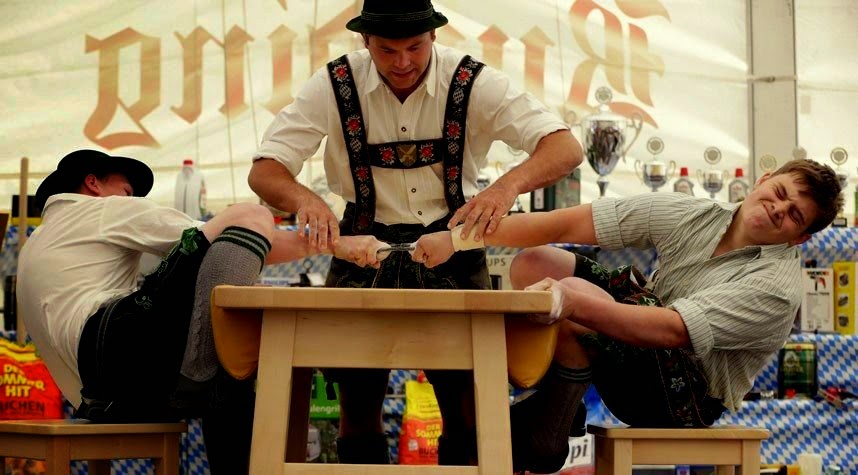 What do you mean, you've never heard of The Alps Finger Wrestling Championships?
Do you live under a rock!
They've been held in the little Southern German town of Reichertshofen since well, ages with the game of brute force dating back to the seventeenth century at least.
More than one hundred and sixty athletes, many wearing traditional lederhosen arrived in the Baravian region to lock digits in the annual Alpine Finger Wrestling event.
It's like a tug-of-war in which a finger, usually the middle finger is used. The competitors sit face to face and put their best digit into a leather strap thing and then it's game on!
The winner is decided by one person pulling his opponent over the table's centre line.
This game is not for the digitally challenged.
Why are you saying pull the other one?
Are you sure you've never heard of it... 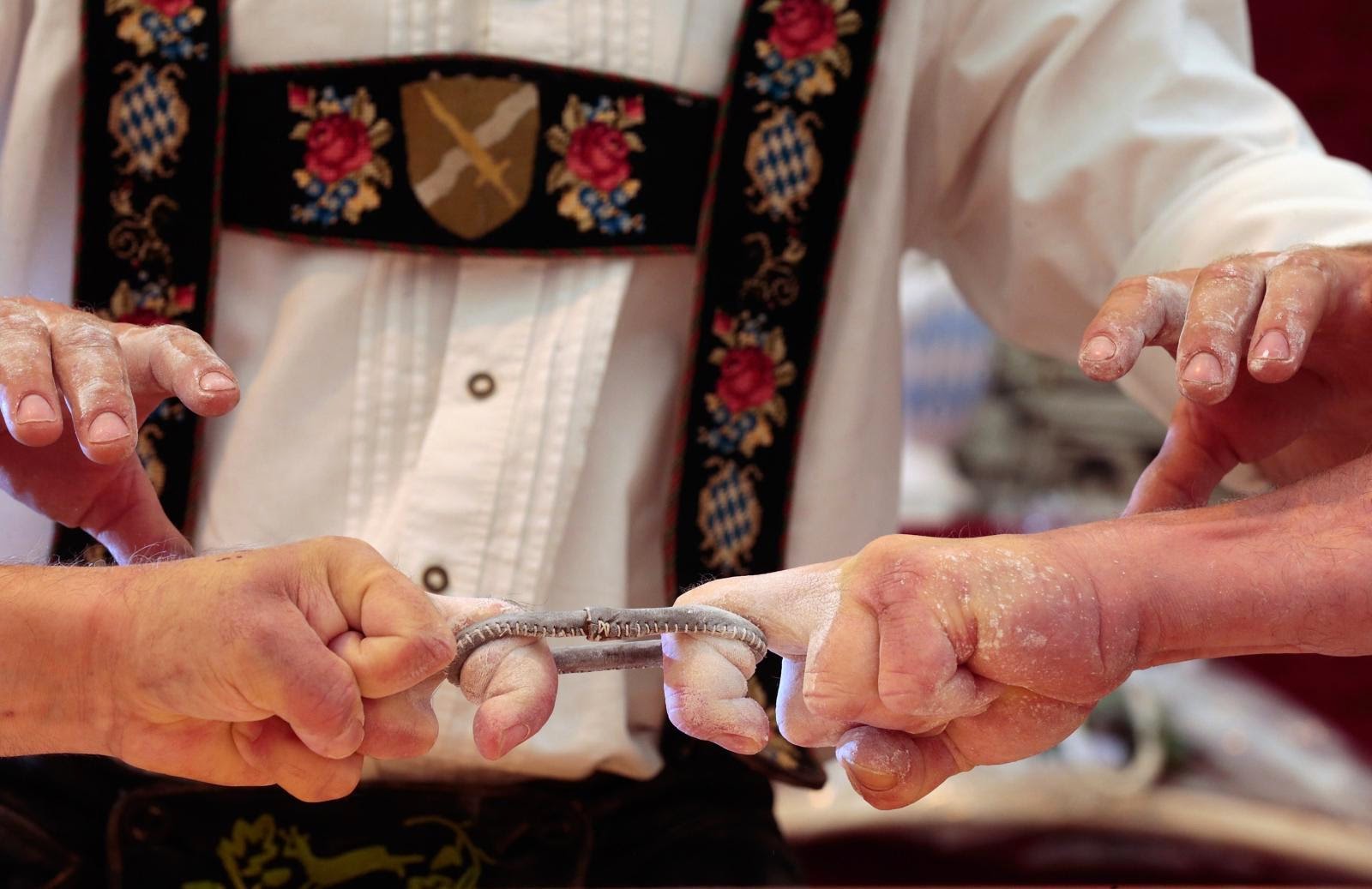 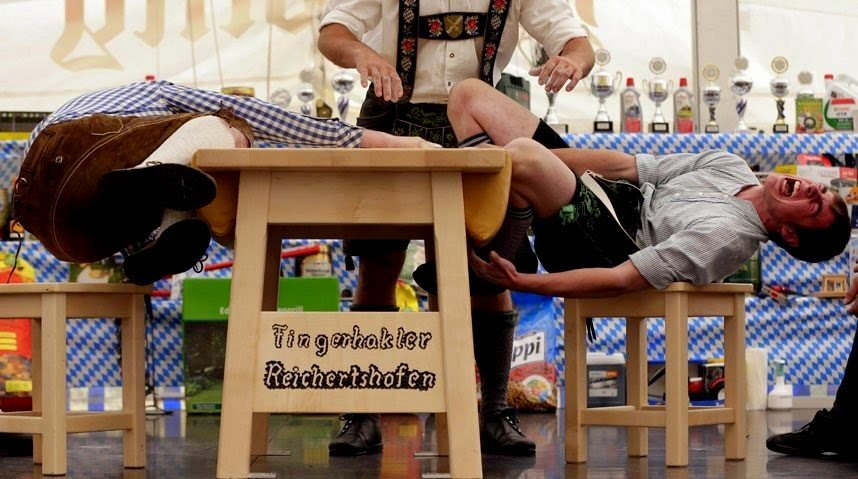 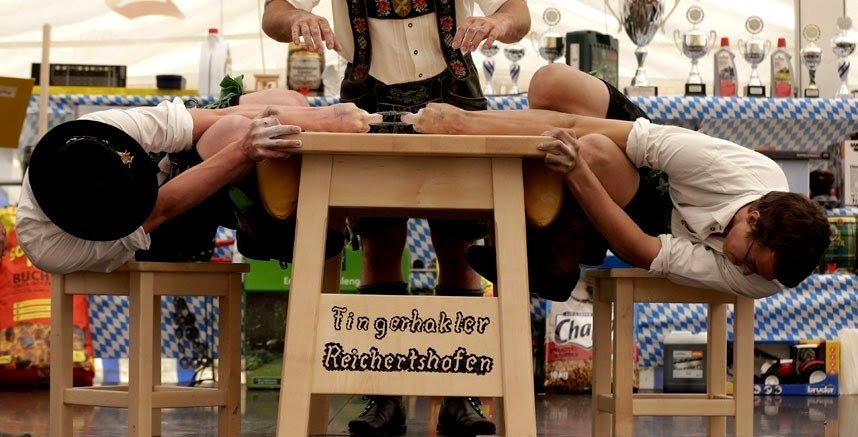 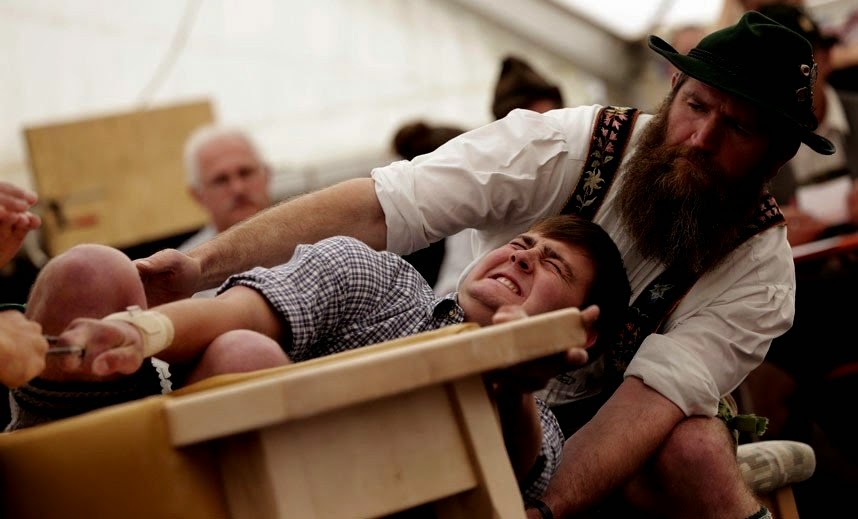 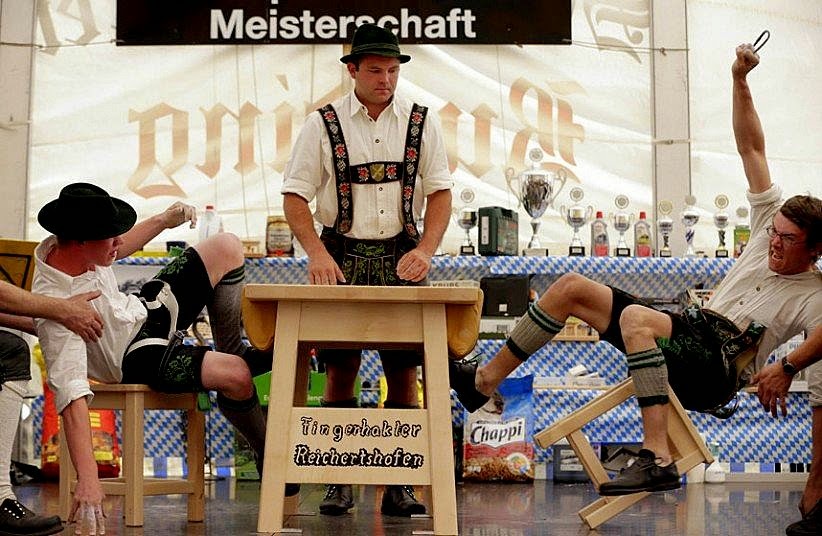 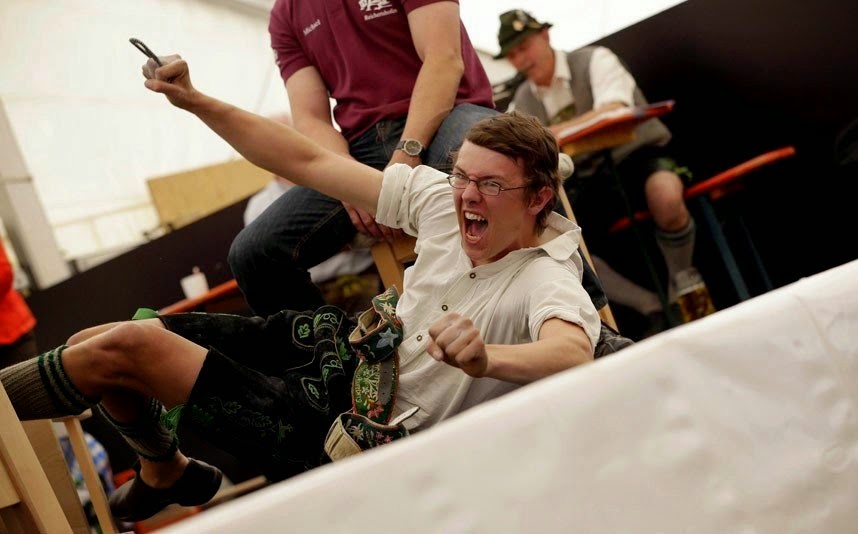 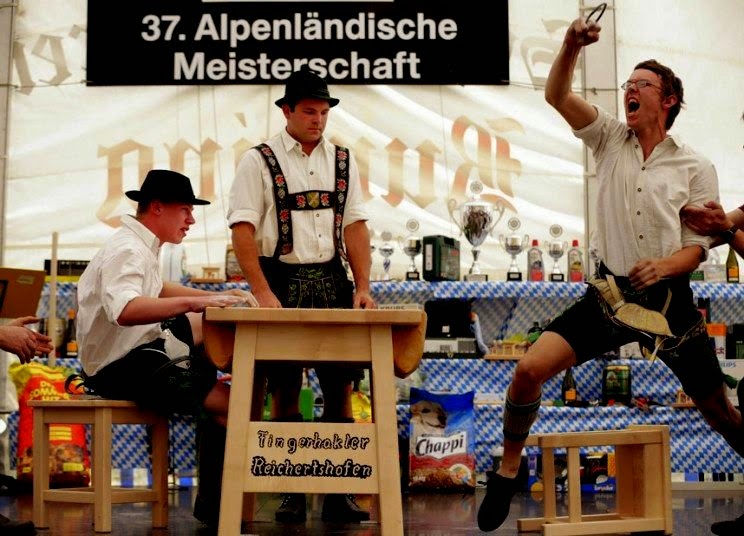 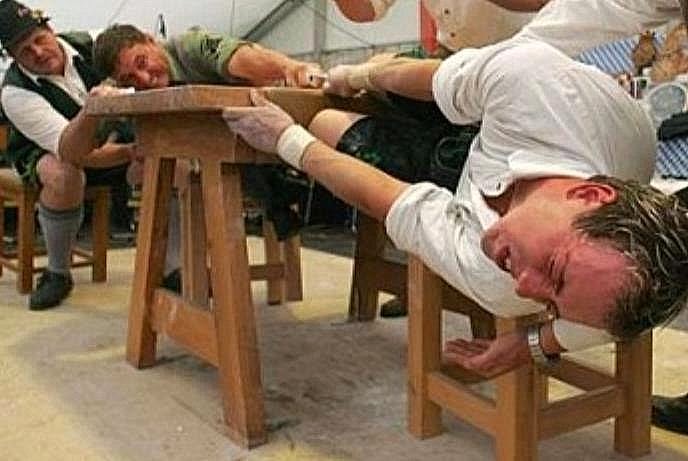 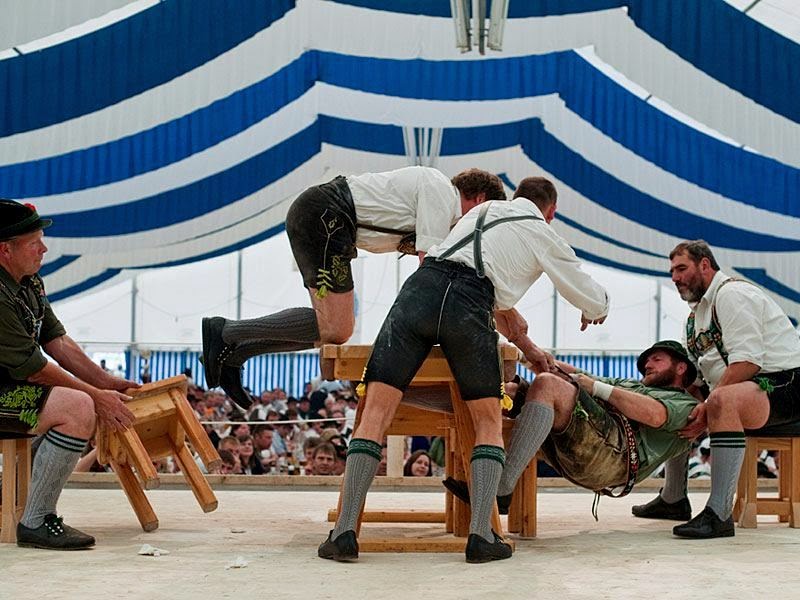 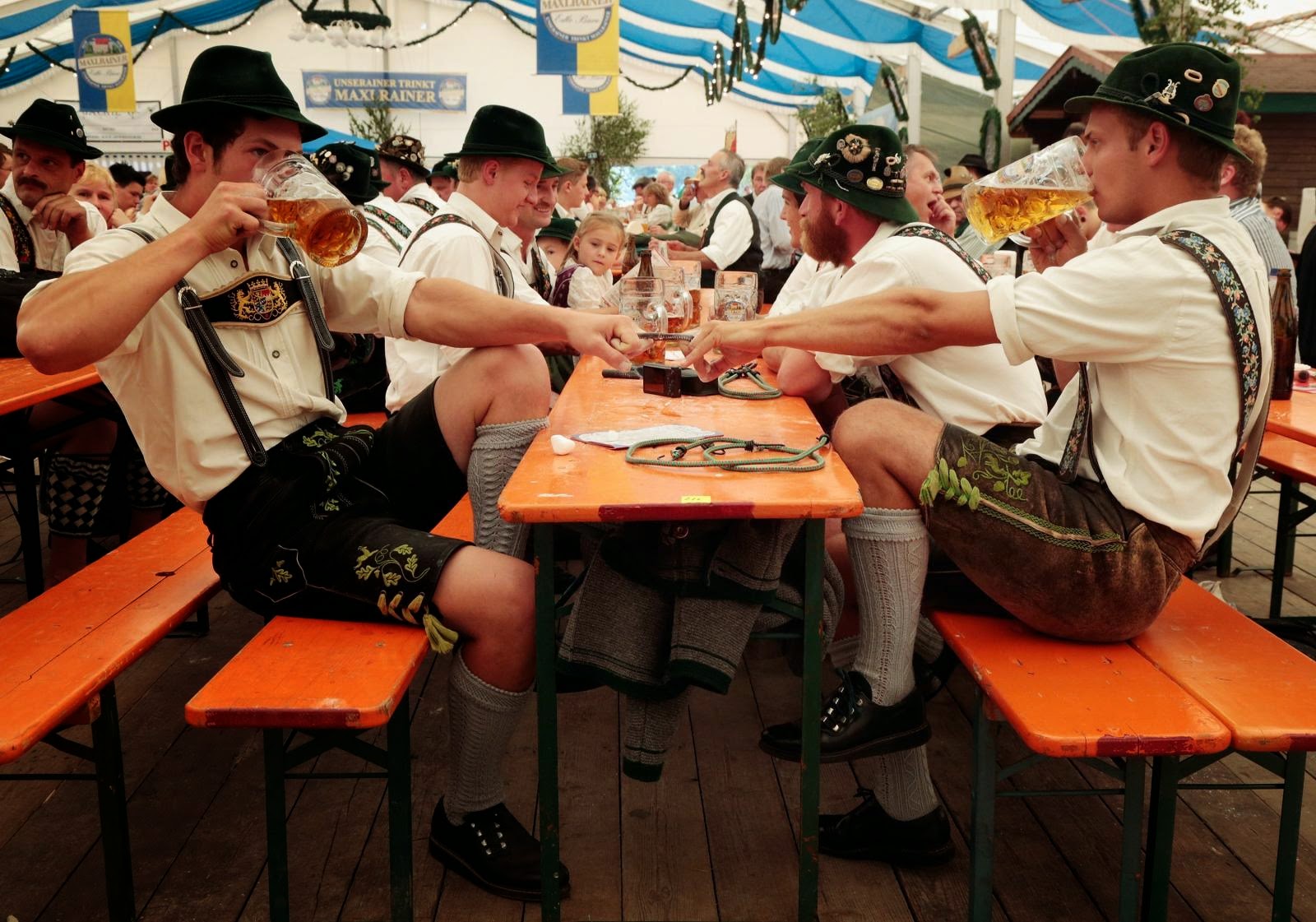 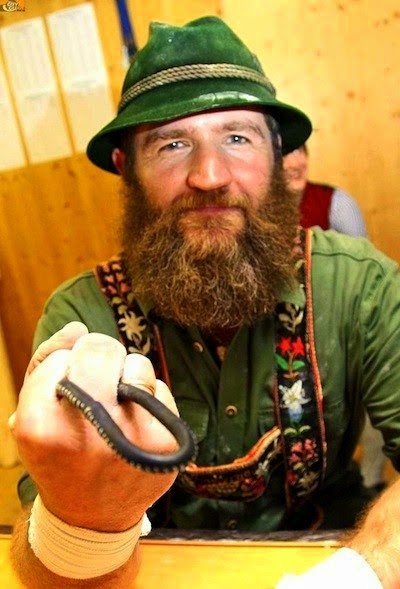