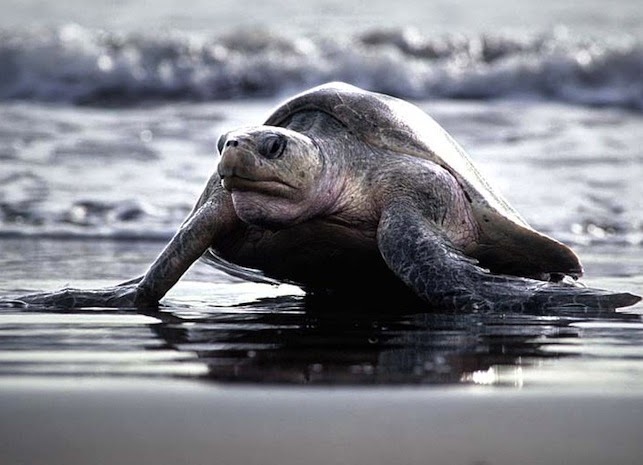 The French photographer Olivier Blaise captured the incredible natural phenomenon of hundreds of thousands of the Ridley Sea Turtles as they take part in their ritual 'arribada', meaning in Spanish, arrival by sea, and then over three to seven days, perform the synchronised nesting of their mass collection of millions of eggs.
While these medium sized sea turtles are found in certain warm tropical waters of the world, two of their favourite beaches remain the Nancite and Ostional on the coast of Costa Rica.
The largest arribada so far recorded happened on Ostional in 1995 when an estimated five hundred thousand female turtles came ashore to nest. With each turtle laying between eighty to a hundred beautiful white, soft shelled eggs it would be an incredible sight.
And potentially a very big omelette... 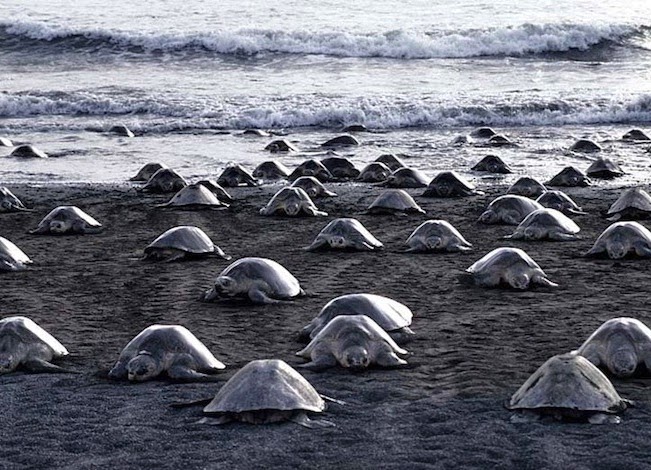 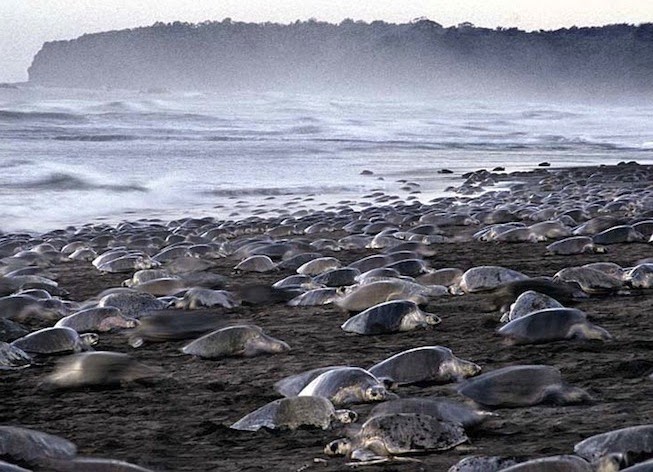 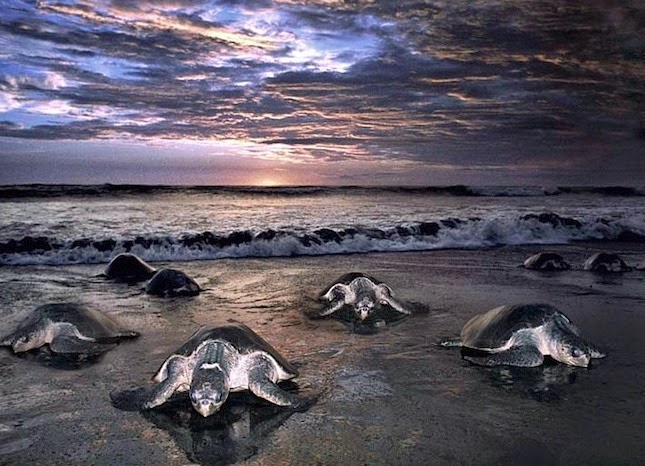 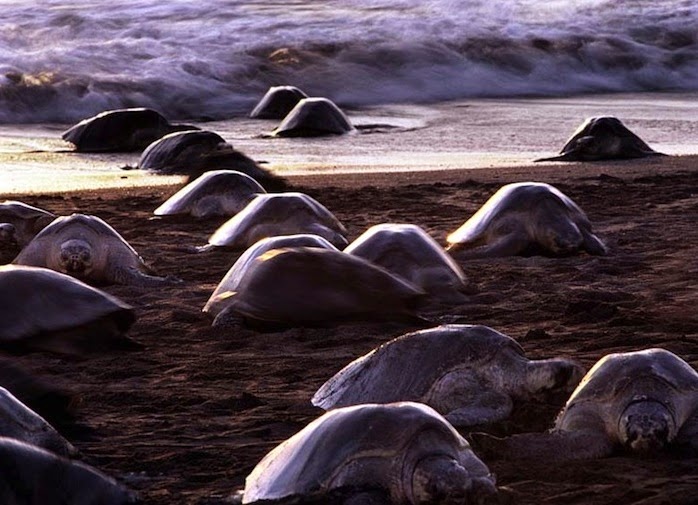 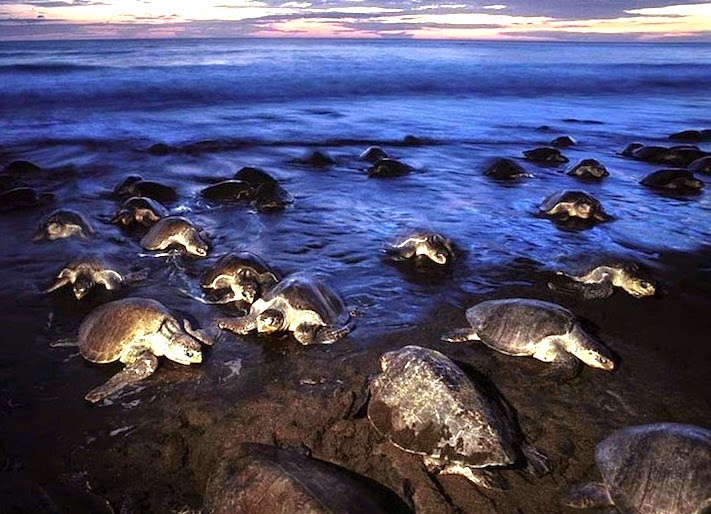 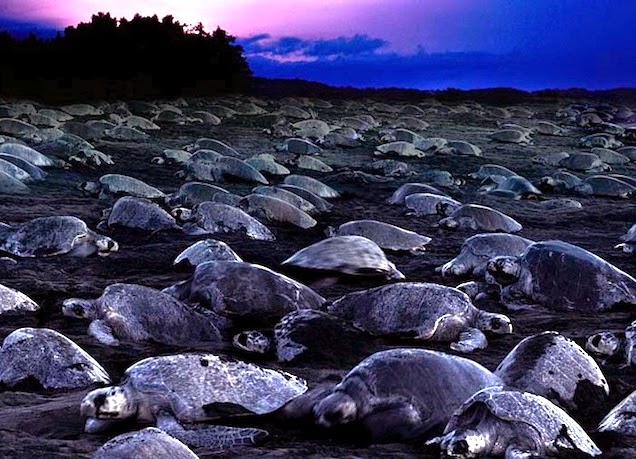 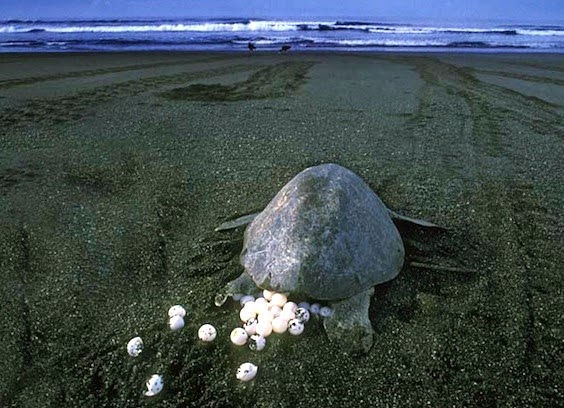 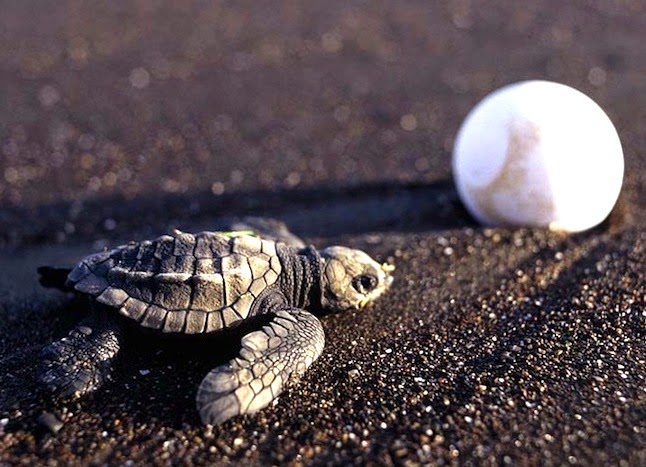 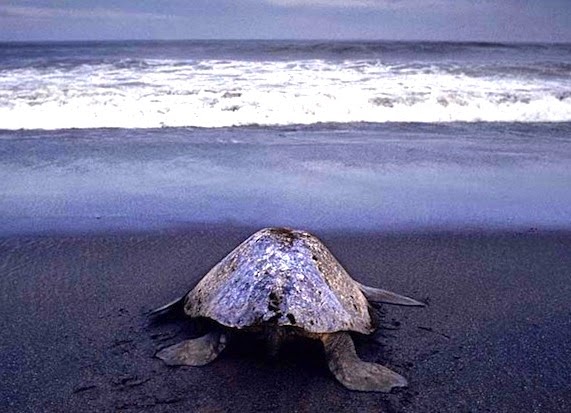