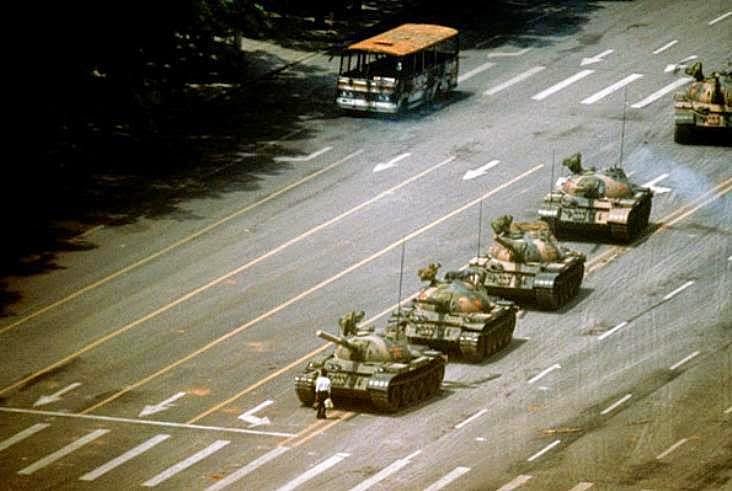 The world is always in need of heroes
and on June 5 1989, it got one.
His name is reputed to be Wang Weilin but the world knew him simply as Tankman.
We can only guess what happened after the event to this remarkable young student.
A hunger strike by three thousand students in Beijing grew to more than a million as the injustices imposed on the Chinese nation became just too much to bear.
And when this young man, captured by AP photographer Jeff Widener refused to move, standing with his meager bags before a line of tanks, a hero was born.
Then too, a second hero emerged as the tank driver refused to crush the man.
What happened to him we may well wonder too.
And the world doesn't give up hope that a mainstream politician will be hailed a hero for standing up for his people's hopes and aspirations. One day.
Unfortunately this dream of reform ended and blood filled Tianamen Square, but not before a billion Chinese had been shown there was hope.
That was twenty five years ago today.
Has anything really changed... 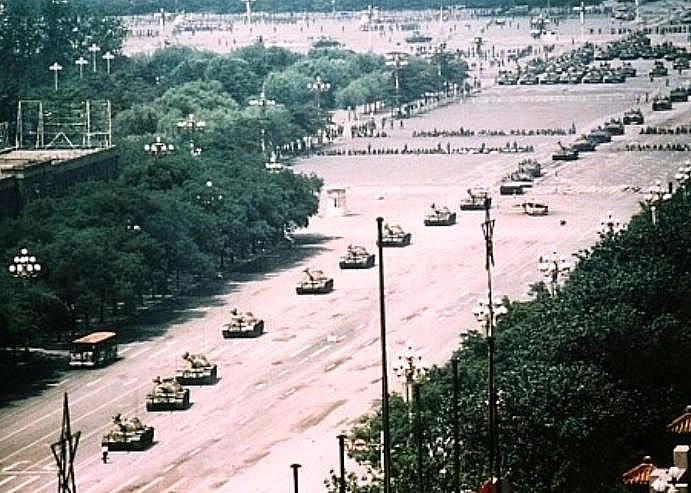