My Yacht Sofia. Rolled And Dismasted In The Pacific Twenty Years Ago Today... 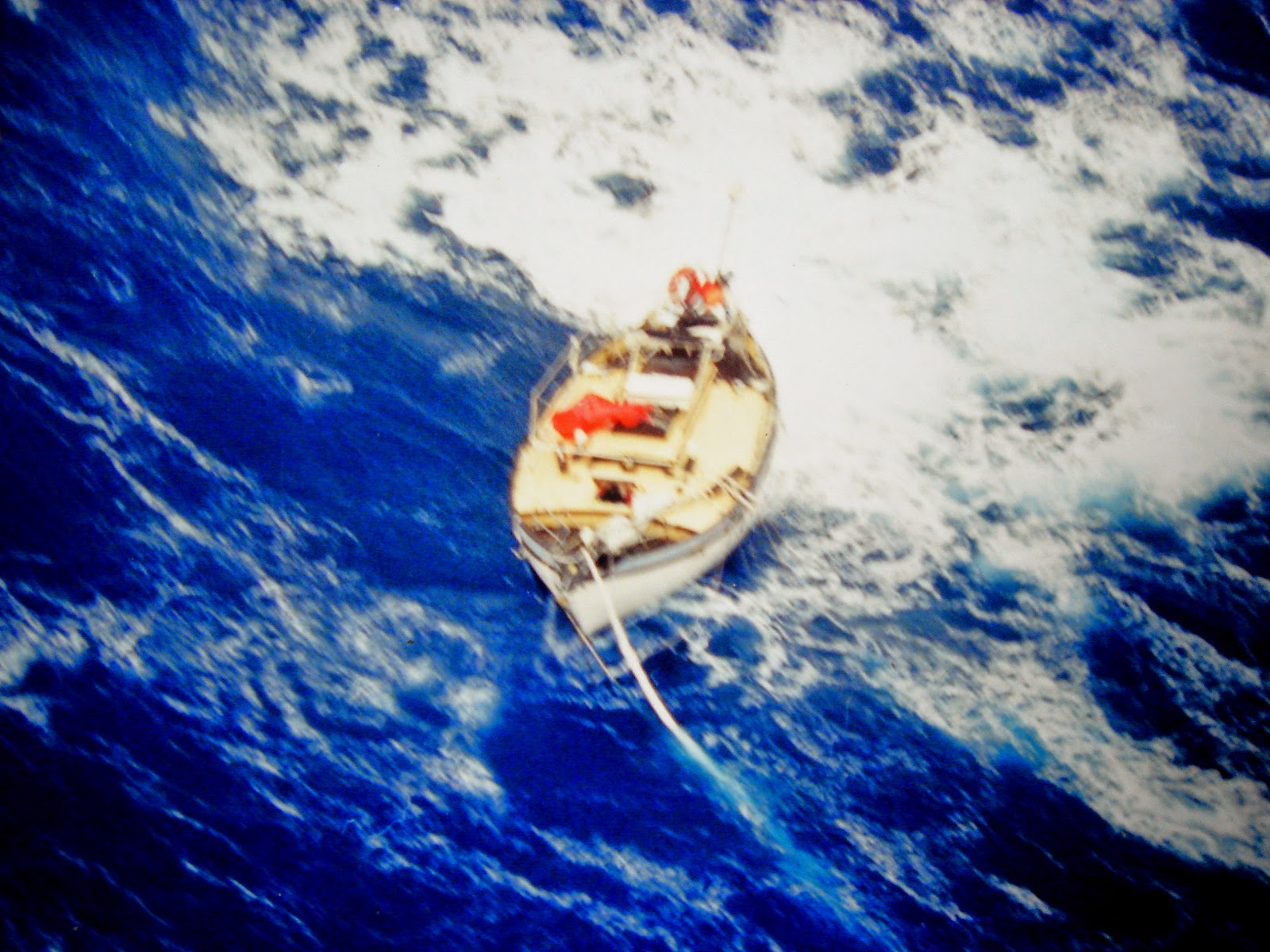 This evening at around 8pm twenty years ago, my yacht Sofia, making passage to Tonga with my partner Uschi and I aboard was rolled and dismasted in a Force 12 storm that was to become known as a weatherbomb.
It was then and still is the biggest and most destructive weather event to ever be recorded in that part of the Pacific Ocean.
Winds were recorded at over ninety knots, the sea swell was twelve metres and some waves were one hundred feet high.
Three people died, twelve yachts were lost and twenty one people were rescued.
It was a life changing event for all of us.
To Jon and Maureen Cullen from Kerikeri Radio. To Bill Sommer from the NZ National Safety Coordination Centre. To Commodore Robbins and the crew of the NZ Navy vessel Monowai.
To the ships that came to assist others in distress. Thankyou, you are all heroes.
And to the amazing crews of the RNZAF Kiwi 315, Kiwi 668 and Kiwi 669 who kept our hopes of rescue alive and to Captain Oliver Saint Martin and the crew of the French Naval vessel Jacques Cartier who rescued Uschi and myself, looked after us and took us back to Auckland in a style only the French could manage.
Wherever you are, I send you all my thanks,
my love and the best of wishes.
You were braver than brave...
Posted by The Flying Tortoise at 6:00 AM