It's Decribed As Neo-Primitive, Small, Simple, Funky And Attention Seeking... 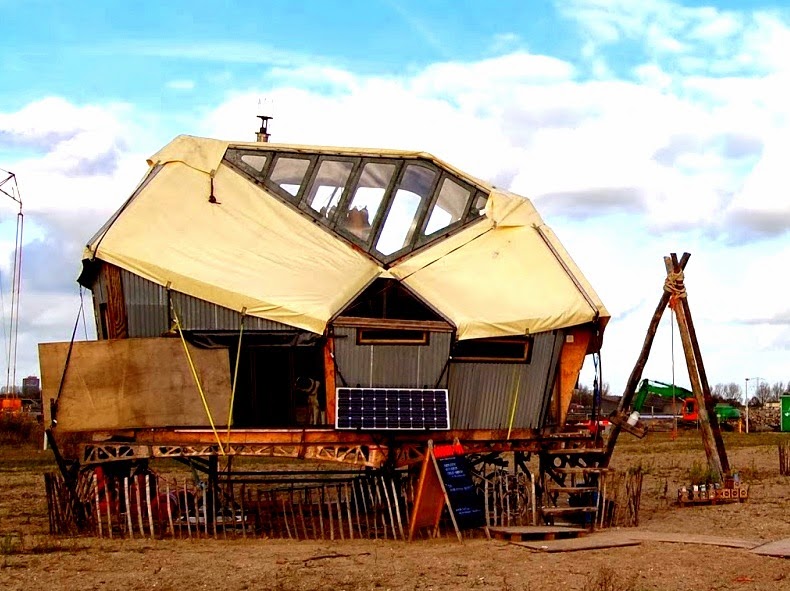 This structure, call it what you will is described as neo-primitive, small, simple, funky and unashamedly attention seeking.
It's also called The Mobiation Project and since August 2012, the world's first Mobiators, yes the world's first Mobiators, Geert, a carpenter, welder, designer and tattoo artist and his vegan cooking, artist, writer and eco-architect collaborator Calanne Moroney been living and playing in the Mobi 01.
It's a mobile, off-grid open home experimental space that's been moving around Amsterdam playing a social role and providing an alternative place where new ideas on living are constantly being discussed and challenged.
Mobi 01 folds somehow to become a twenty foot container and hey presto or something similar, it's in transport mode.
There's more about this fun and funky project here and here.
Urban nomads spreading the word... 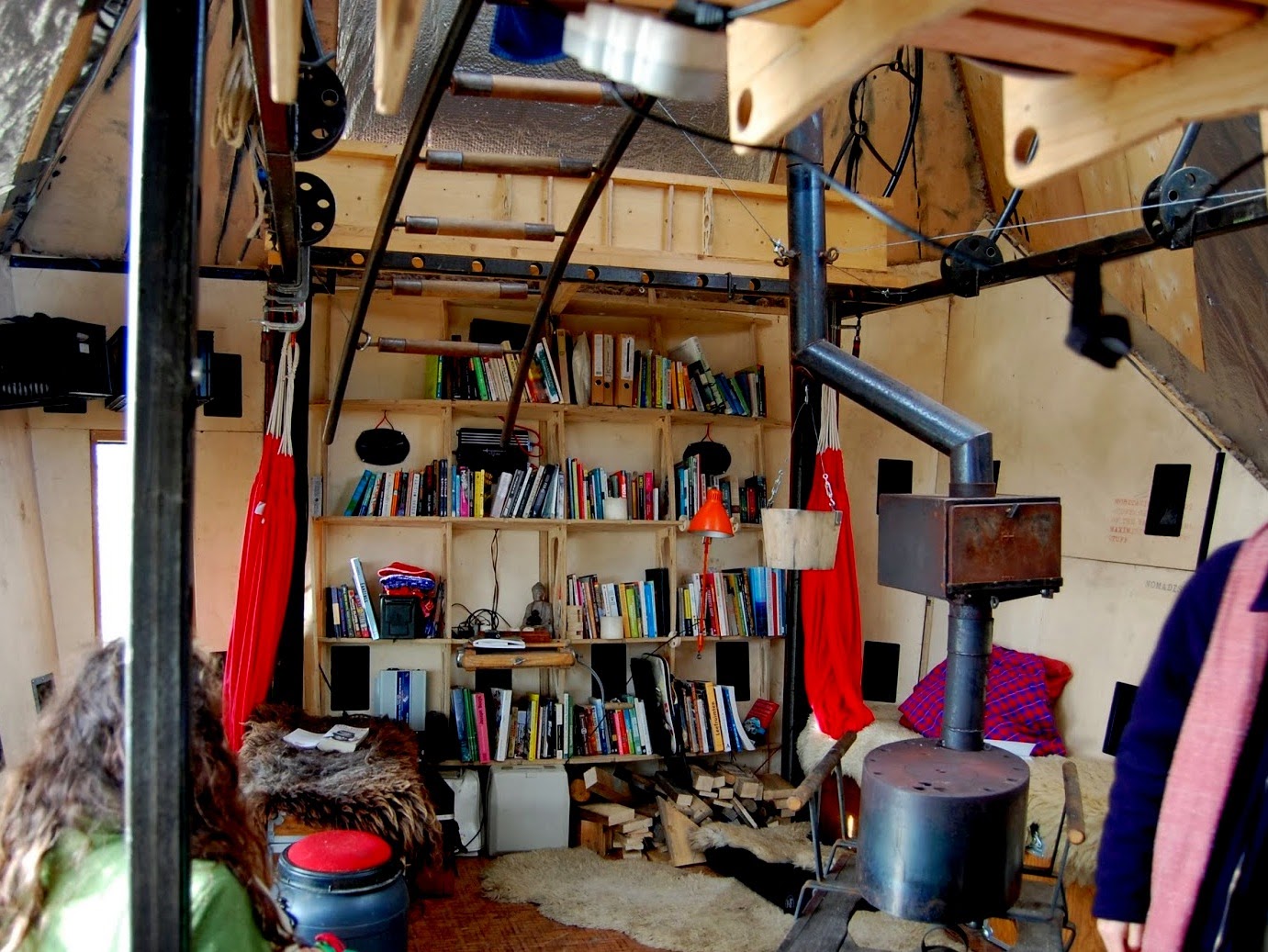 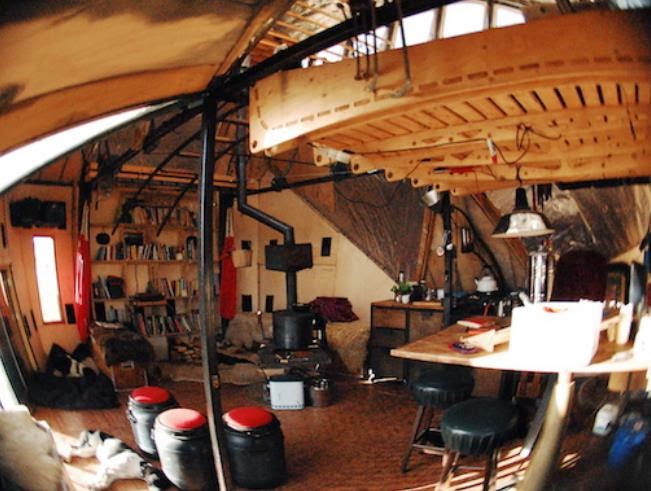 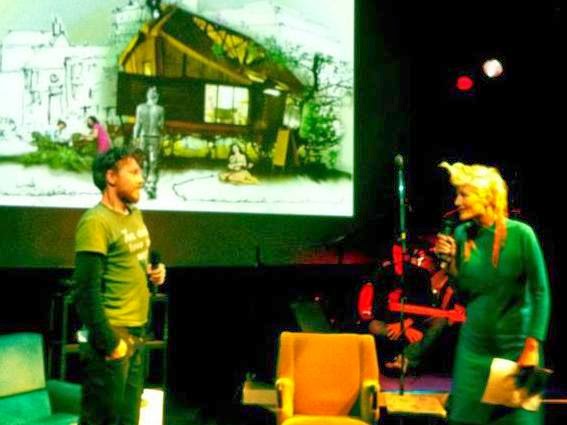 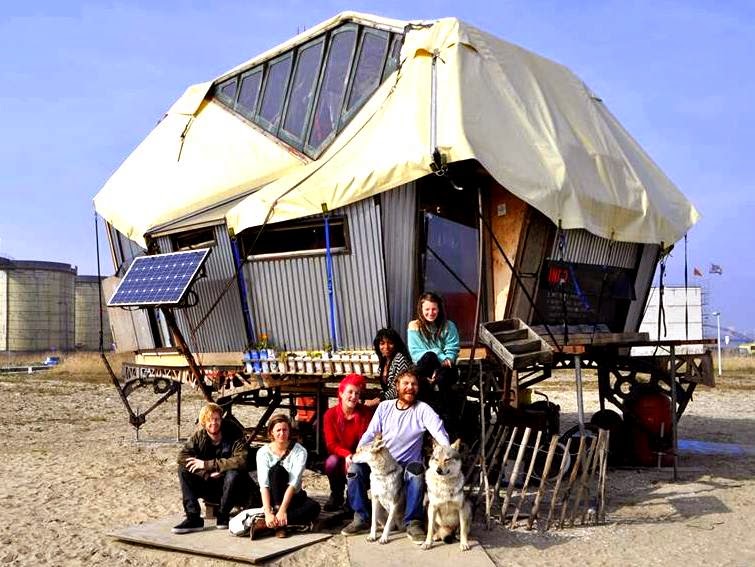 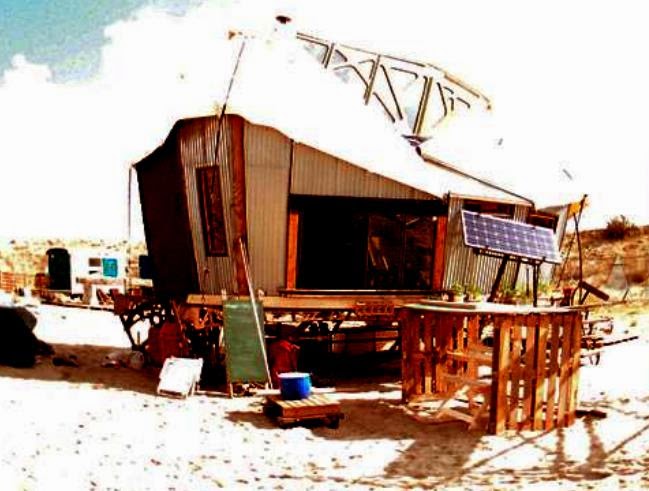 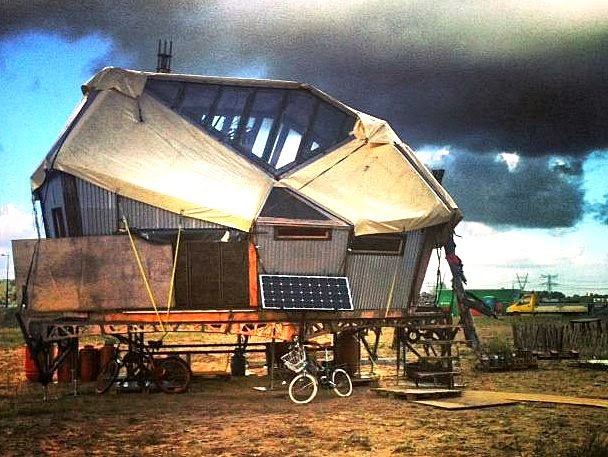 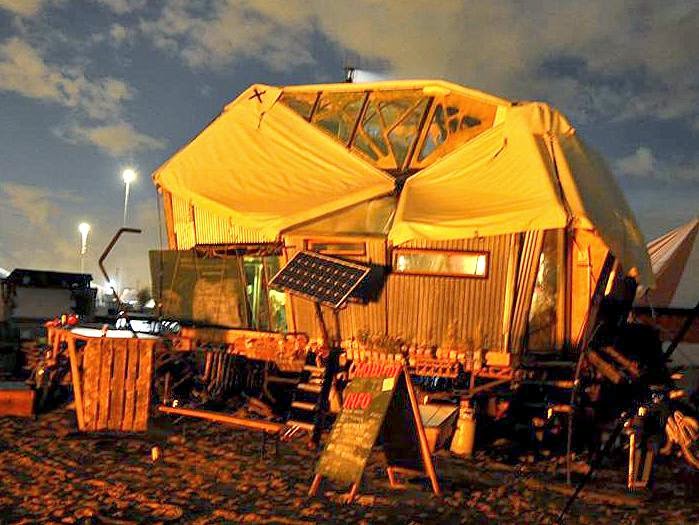 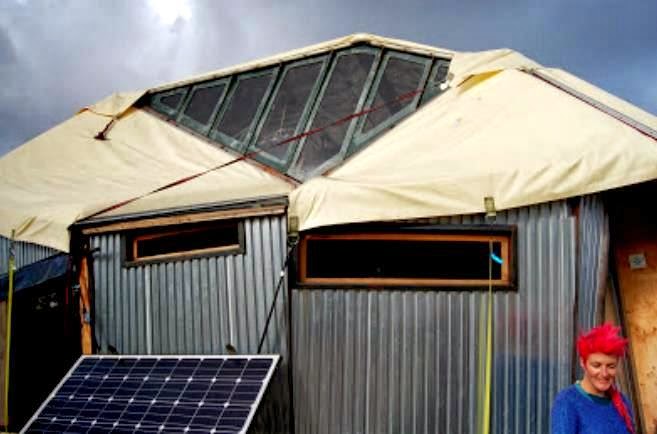 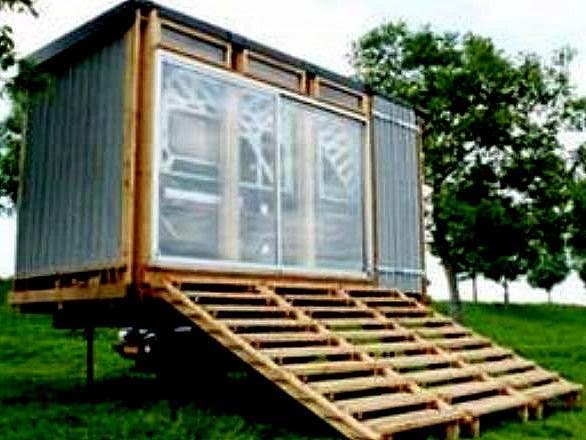 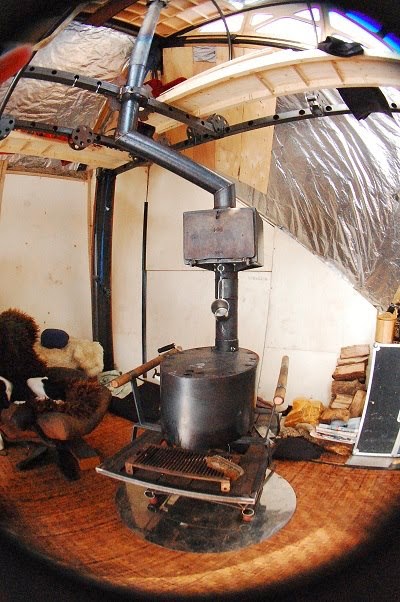