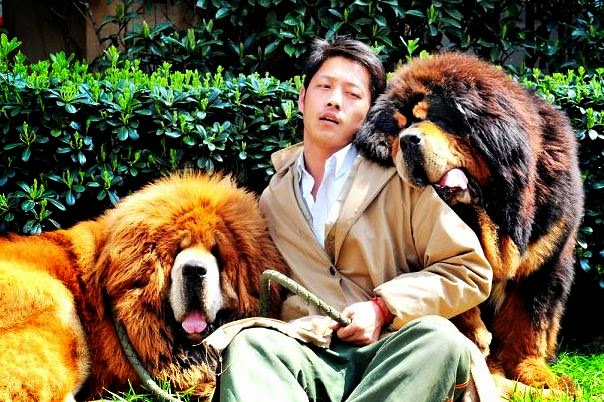 The puppy on the left, a one year old golden haired Tibetan Mastiff puppy was bought recently for twelve million yuan or nearly two million dollars at a 'luxury pet fair' in China's Eastern Province of Zhejiang.
By a Chinese property developer.
The puppy on the right, I'm sure you've noticed, is a much inferior puppy and sold for only
six million yuan.
The dog's breeder, Zang Gengyum explains these dogs are very rare, just like China's nationally treasured Pandas, which makes
the prices so high.
And that the mastiffs have become prized status symbols among China's wealthy for their lion-esque looks and enormous bodies. Descendants of dogs used for hunting by nomadic tribes in central Asia and Tibet the breed are fiercely loyal and protective.
I must remember to get one when I'm next
near a pet shop.
How much is that puppy in the window...