This Is What The Next World's Tallest Building Will Look Like... 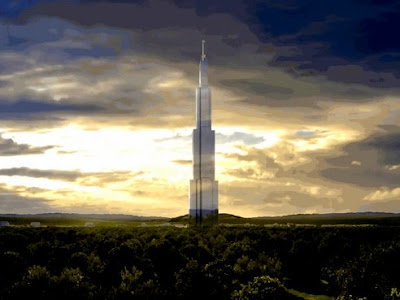 This is the next world's tallest building.
It's the Broad Sustainable Building in yes of course, China who is committed to leading the world in everything.
It's called Sky City because that's what the insane 838 metre high building will be.
A city complete with thirty thousand Chinese citizens, four thousand families who will no doubt be coerced into living there on its two hundred and twenty floors that will contain, apart from residences, offices, schools, shopping complexes, a hospital, gardens and recreational facilities. All in one grossly ugly and expensive building that boasts eleven million square feet and will cost one and a half billion dollars.
It's due to be completed in April next year and they've just started digging the foundations.
The newest tallest building in the world, being built in Chansha, the capital of Hunan Province will be ten metres taller than the Burj Khalifa in Dubai. Just imagine the Emirates' spending all those dollars to find they're ten metres short of a mammoth.
Whether the residents of this city in the sky can sleep soundly in their beds at night might depend if they care about a large earthquake or the fact that China's best firefighting equipment and technology can do nothing for anyone above the seventieth floor.
But it's just what China needs.
Evidently... 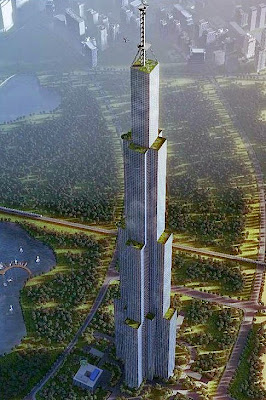