One Of Nature's Scariest Phenomenons In The Australian Outback... 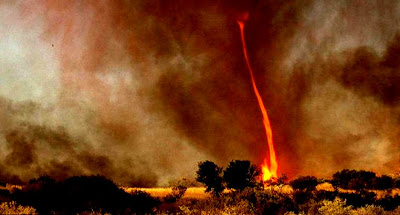 Film maker Chris Tangey has very recently been out at Australia's Alice Springs scouting locations for a movie and was suddenly confronted by one of Nature's most intimidating spectacles.
A tornado comprised entirely of fire.
He was a mere 300 metres away from the 30 metre high fire whirl which sounded he said like a jet fighter despite there being no wind in the area.
This type of tornado, also known as a fire devil will cause significant damage.
Usually one will last for just a very short time but Chris found himself mesmerized by this incredible sight for more than forty minutes.
Chris has been shooting in the great Aussie outback for 23 years and while he's heard of these fire whirls he'd never seen one till now.
In 1923, a fire tornado emerged during Japan's Great Kanto Earthquake and killed 38,000 people in just fifteen minutes.
Thanks Chris for being in the wrong place at the right time and getting these amazing images... 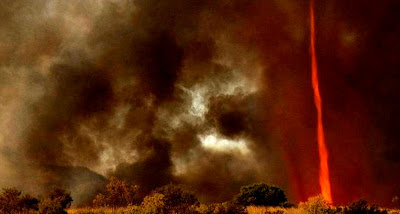 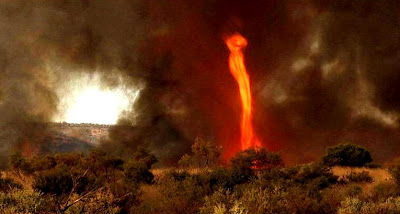 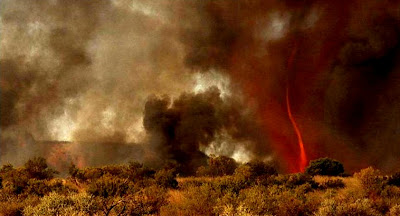 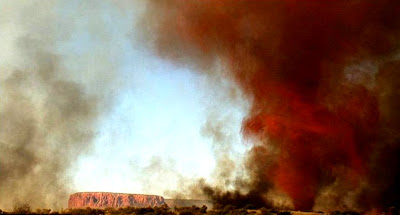