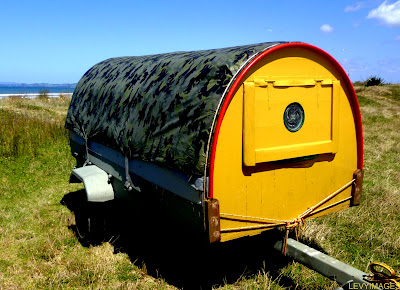 You may remember my friend Aaron. He designed the Amazing Housetruck with seven popouts and two popups that I featured back in May 2010 and again in August 2011.
Well, he's been using his considerable genius and scavenging skills to build this gorgeous little back to basics camping trailer for only $82.00.
He called in with his two lovely daughters, Maya and Oona the other day to show me Betsee, his latest creation.
We had this bet see, said Aaron, that we'd get to the snow for some skiing this year and that's how the name came about.
I gave a guy a days labour for the trailer and then paid $20 for two waterproof tarps, some bolts cost $10, rope was $10, screws $5, two LED lights were $30 and the must have whale sticker was $7.
Between the two tarps is a layer of wool insulation that was left over from a house build, the paint was from the dump and the wood and glass was recycled from something or other I had lying around. Maya and Oona sewed up the insect screens and the composting toilet's a bucket with a lid and plenty of sawdust.
And here we are, sharing the same wonderful beaches and scenery as folk in their squillion dollar motorhomes.
Betsee's big enough for the three of us, there's no refrigeration so we pick up fresh organic supplies from roadside stalls.
There's a little gas cooker and a camp oven.
It's all very simple. Who wants anything more.
We're as happy as three little pigs in the proverbial... 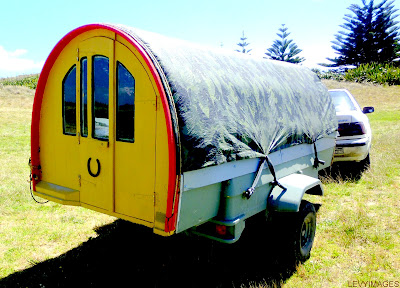 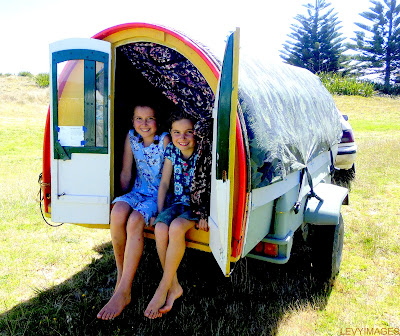 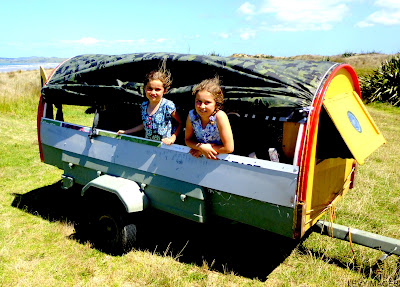 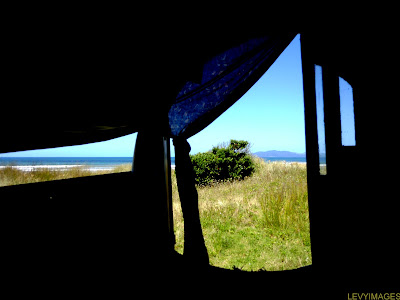 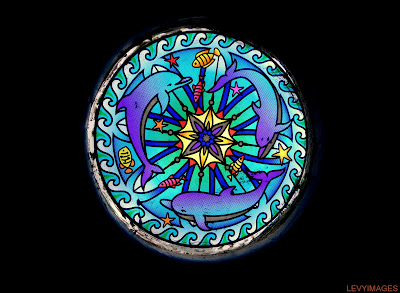