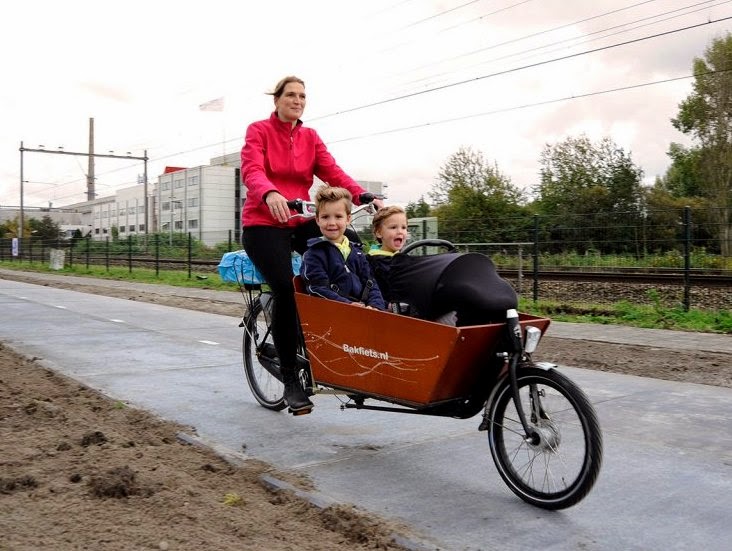 Approximately two hundred feet of the world's first solar road opened in the Amsterdam suburb of Krommenie on November twelve.
When this test road is completed it will be over three hundred and twenty feet long and provide enough electricity to power three households.
It was only a matter of time before some enterprising and innovative country or city used flat road surfaces as solar bases.
Solar panels are embedded into  concrete modules that fit together and have a layer of textured glass laid on top, tilted so the rain will wash the dirt off, keeping the surfaces clean and guaranteeing maximum exposure to the sunlight.
The future of the solaroad looks bright for road information signs, and traffic lights with electric cars and bicycles being able to plug into the recharging points along the road.
The Netherlands has an international reputation as a bike friendly nation with some eighteen million bicycles and over twenty two thousand miles of bike lanes.
This first little solar road is just the beginning and is sure to get the green light to go places... 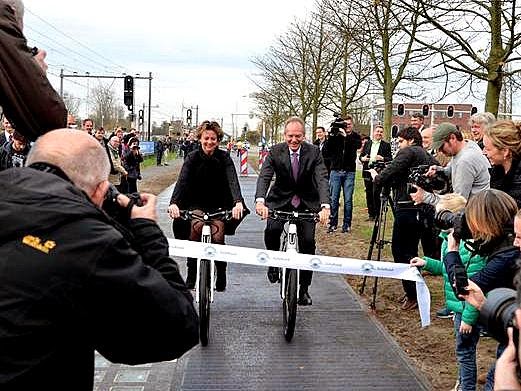 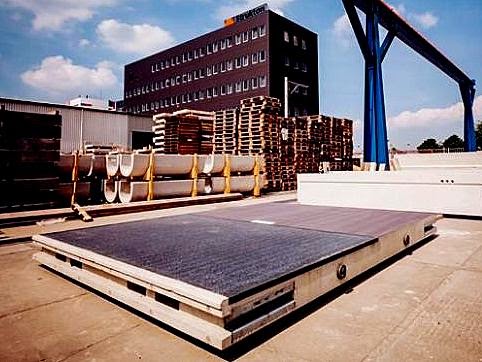 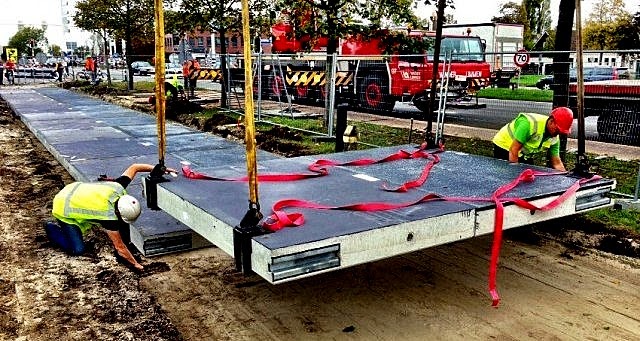