Imagine Living In Tunisia In A Fifteenth Century Adobe Ghorfa At The Ksar Outed Soltane... 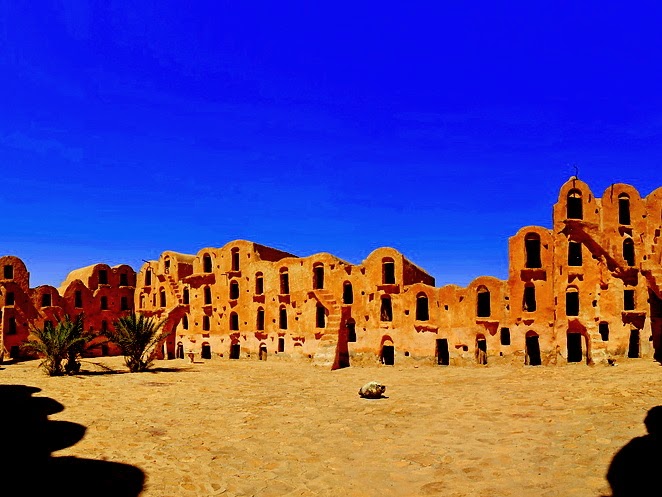 Imagine if you will, living in a fifteenth century adobe Ghorfa which was a purpose built grainary with hundreds of rooms or Shorfas for the nomadic families of the area to store their grain.
This marvelous fortified adobe structure built by the Berbers, the Ksar Outed Soltane is situated about twenty kilometers south of what is now the city of Tataourine in southern Tunisia.
It's now a tourist destination but was used as recently as the 1960's for its original purpose.
On Friday afternoons the courtyard functioned as a meeting place for the local community most of whom spent much of the year in the pastures with their goats, sheep and camels.
Like other North African Berber communities, the granaries were often built on a hilltop to help protect it from raiding parties intent on stealing the villages food supply.
But imagine living there today... 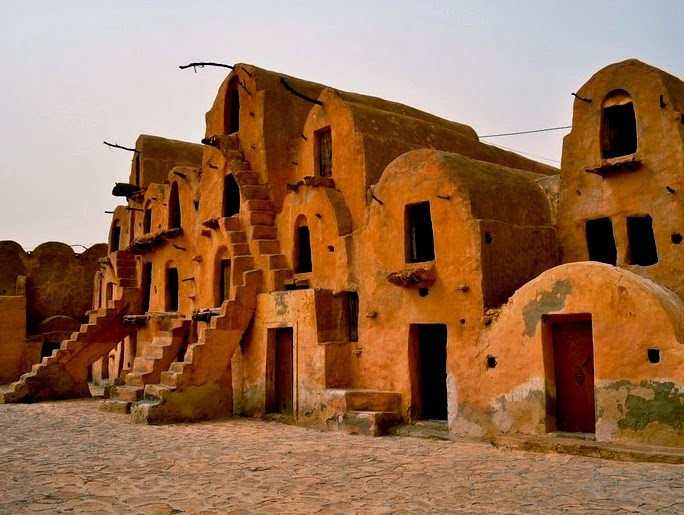 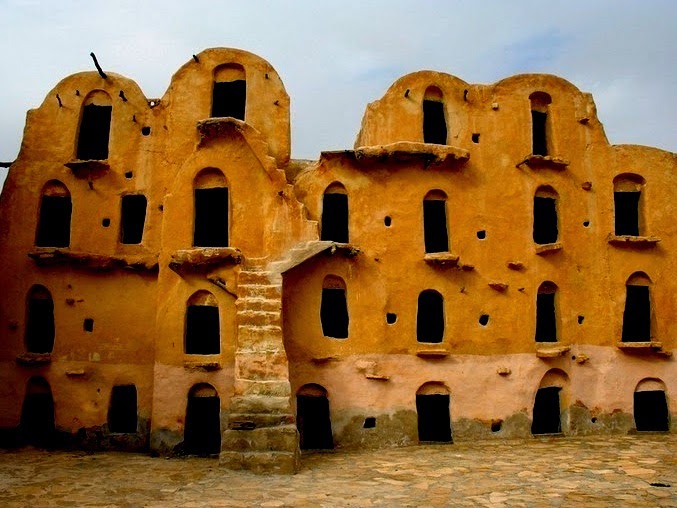 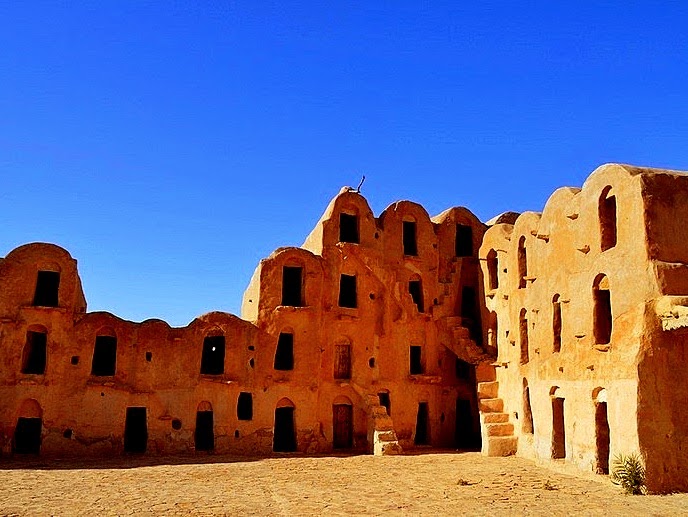 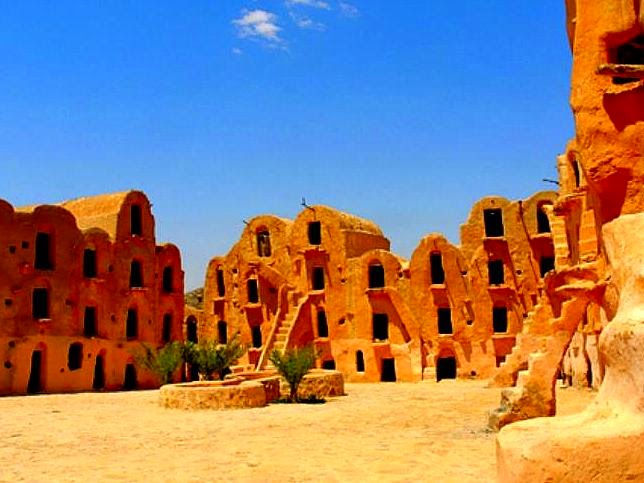 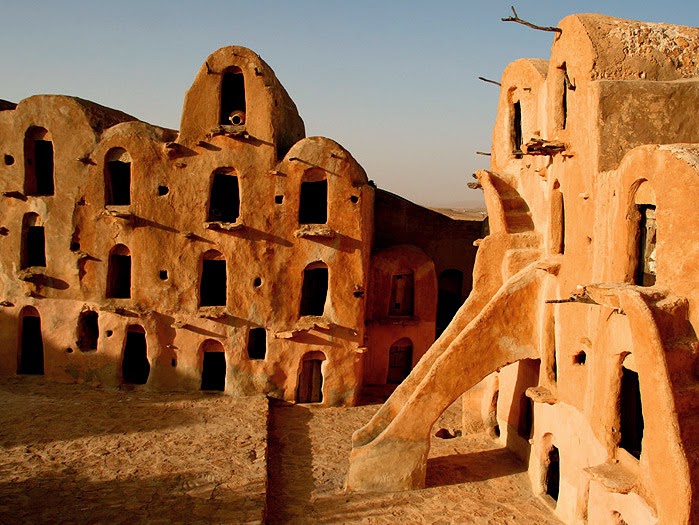 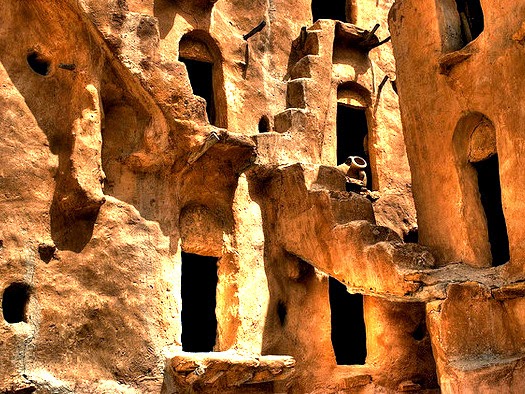 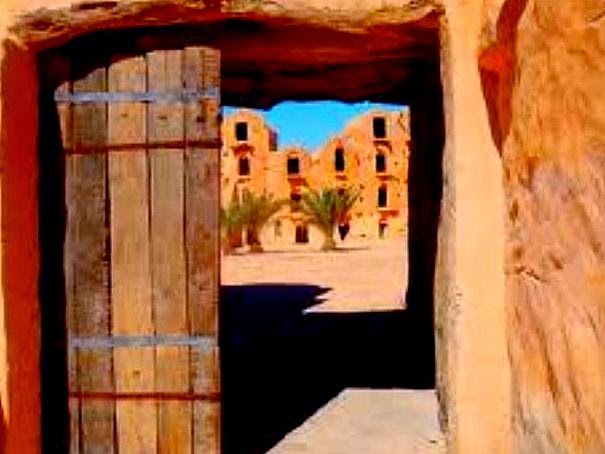