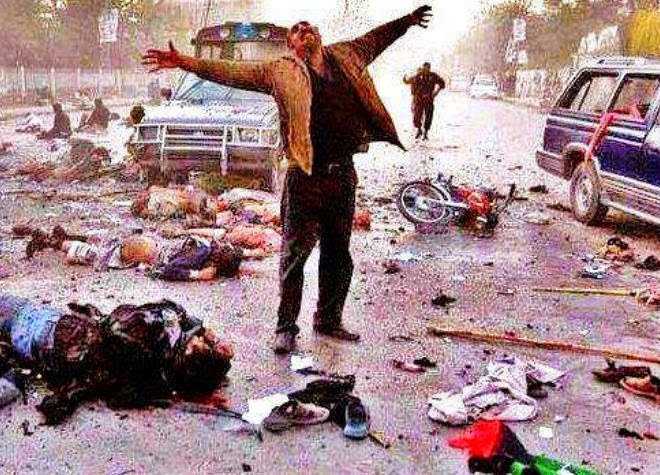 It's a fantasy but it's not rocket science.
If the top ten weapon manufacturing and exporting countries, the US, Russia, Germany, France, China, United Kingdom, Italy, Israel, Sweden and the Ukraine ceased making armaments, the world would be
a better place.
It's a shame they don't walk the talk.
The reason these countries make and sell weapons is because of money. Masses of it.
In this fairy story we see the presidents and prime ministers of all these countries that manufacture arms, invited into a very large stadium, you know, like the Colosseum.
Then they are shot.
With their own weapons of course.
That would then self destruct.
And then the world would be a better place.
And we'd all live happily ever after...
Posted by The Flying Tortoise at 6:00 AM

Email ThisBlogThis!Share to TwitterShare to FacebookShare to Pinterest
Labels: a 21st century fairy story, arms manufacturers, it's not rocket science, peace, the colosseum, walking the talk, we all live happily ever after, weapons of mass destruction, world leaders