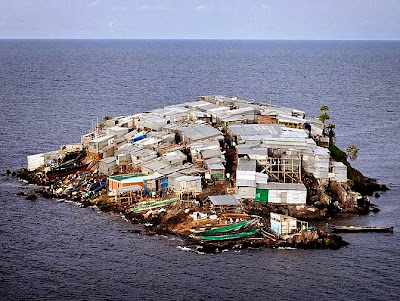 The tiny island of Migingo on Africa's Lake Victoria is roughly the size of half a football field but the tiny jumble of rock is home to about one hundred and thirty people.
Nearly the whole community is involved with fishing and trading the rich stock of River Nile and when they're not fishing or crammed into  their corrugated iron and wood huts, they're enjoying the five bars, a beauty salon, several hotels and numerous brothels that the island boasts. Why they live in such cramped conditions is strange as there's a wonderfully lush green and virtually uninhabited island less than two hundred metres away but perhaps it's the entertainment that keeps them on their funny little island. Or staying close to the mother lode.
There's more about the little community here.
Because the River Nile catch is worth a lot of money both Uganda and Nigeria are often involved in hostile disputes as to who owns the island and it's valuable resources.
Greed is everywhere... 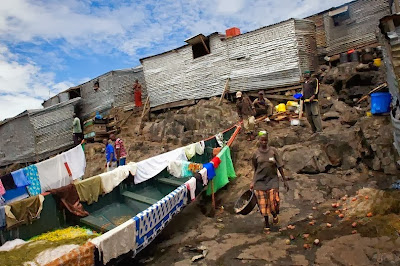 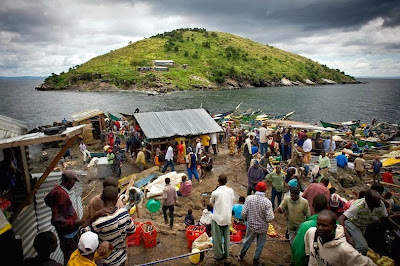 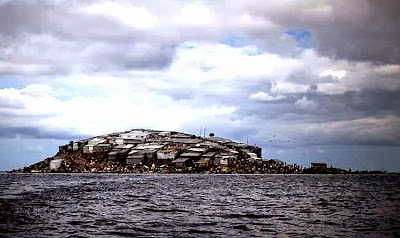 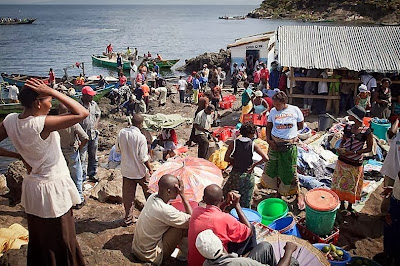 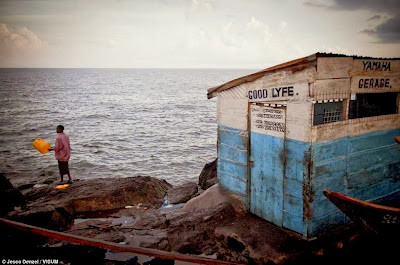 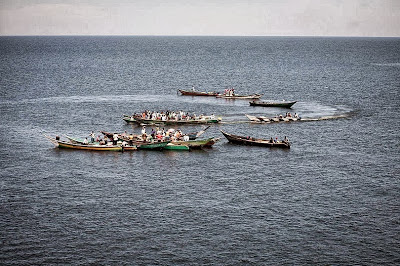 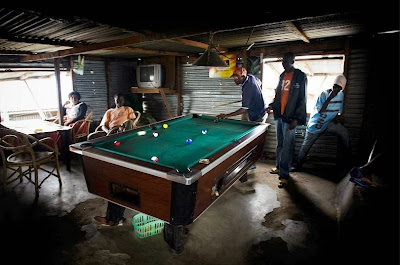