In Zimbabwe, Poachers Are Now Killing Elephants With Cyanide! 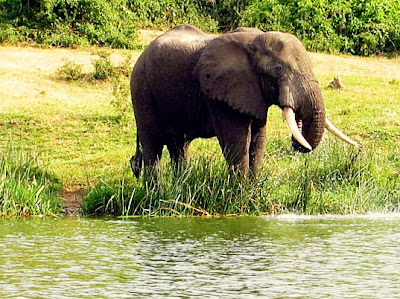 Poachers in Zimbabwe have taken their obscenely greedy pursuit of elephants for their ivory to a new and even more disgusting level.
A few weeks ago you would have read here that African elephants are being slaughtered at a rate of one every fifteen minutes.
Not fast enough for six despicable apologies for mankind who were arrested recently in relation to the deaths of forty one elephants in Harere.
The elephants drank from a water source laced with cyanide.
If it isn't bad enough to kill elephants, the poison will kill other animals who use the same water sources and then to compound the problem even further, the animals feeding on the dead will die and the animals that feed on their bodies will die too and so it goes for perhaps four or five generations.
Another depraved act of greed that is, yes I've said it before, destroying our world... 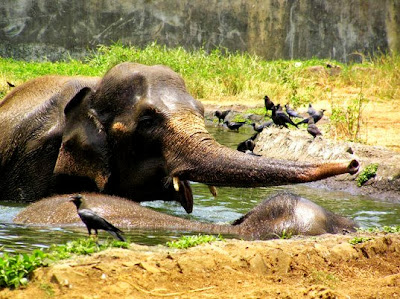 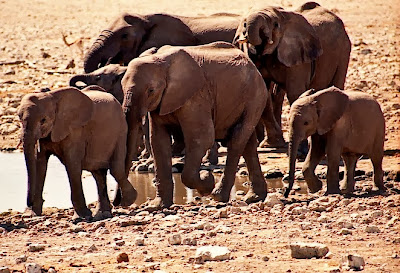 Email ThisBlogThis!Share to TwitterShare to FacebookShare to Pinterest
Labels: african elephants, depraved acts, greed is destroying the world, harere, one elephant is killed every fifteen minutes, poachers in zimbabwe, pursuit of greed