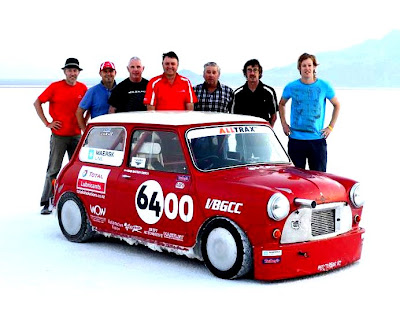 It's a scene that comes from the wonderful movie, The World's Fastest Indian, the story of 63 year old Burt Munro from New Zealand's Invercargill, who in 1962, set off with his Indian Scout motorcycle he'd bought in 1920 to Bonneville Salt Flats in Utah with virtually no money but plenty of boundless enthusiasm and persistence.
In the movie starring Anthony Hopkins as Burt, we see him fighting his way through red tape and bureaucracy to even be able to race and then, watch as the little man from 'down-under' overcomes all odds to realise his dream and attain a speed of 295kph.
This  record set then in 1967 still stands today.
Now, many years later, with the same 'kiwi ingenuity' and Burt's inspirational do-it-yourself attitude, a group of New Zealanders have taken a little 1964 Mini Cooper and, a few days ago, set a new world record at the famous Flats.
Like Burt they had to fight to get through the initial clearances to actually race but they did and they raced and raced and they won.
They raised the bar and set a new world record.
Their little Mini smashed the previous world land speed record of 205kph for cars under 1000cc when they averaged 235.9kph on their first two runs. After setting the record, they had another run of 252kph.
Burt had said 'Anyone with money can go and buy something new and go fast but it's more fun to take something old and go faster'.
Meanwhile back at the bar... 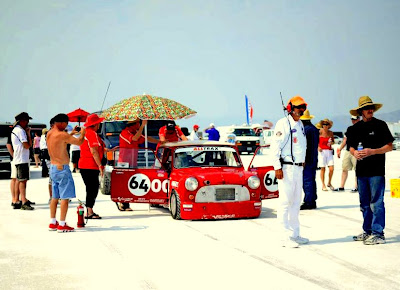 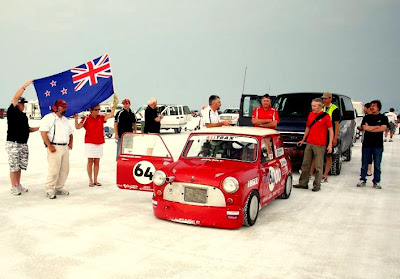 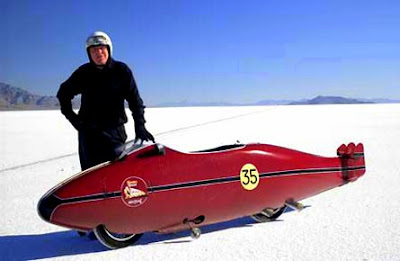 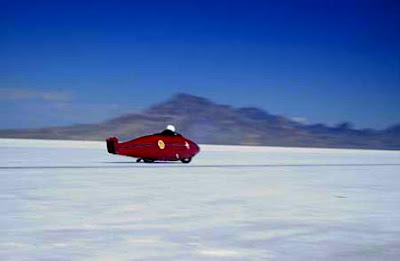 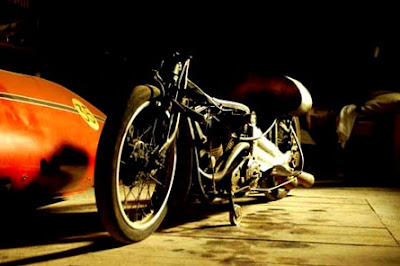 Posted by The Flying Tortoise at 8:57 AM