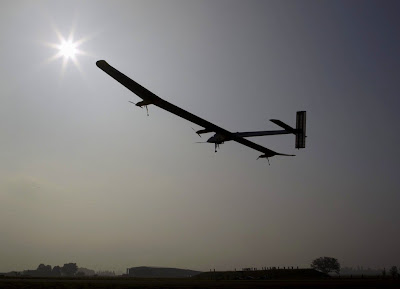 An experimental solar-powered airplane took off from Switzerland on Thursday aiming to reach North Africa next week.
Pilot Andre Borschberg has successfully flown the single seater, jumbo jet sized Solar Impulse plane with its array of 12,000 solar cells on its first leg flight to Spain's Madrid and his collegue Bertrand Piccard will helm the aircraft to the Moroccan capital of Rabat.
The journey is expected to be fraught with many delays caused by fog or clouds or just the weather generally but the huge plane with its 63 metre wingspan reached the French city of Lyons at a cruising speed of 70 kilometres per hour.
For more flight information, have a look here. And here.
This flight is being regarded as a final rehearsal for a round the world flight in 2014.
The world's a better place by using clean renewable energy... 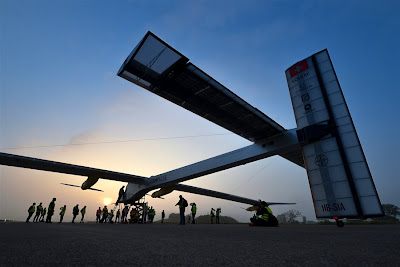 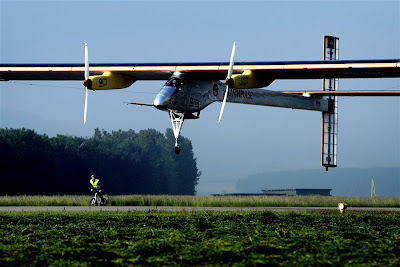 Posted by The Flying Tortoise at 8:42 AM