The Cellist Of Sarajevo... 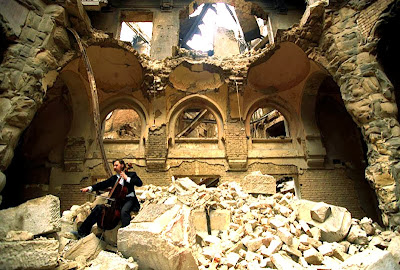 The siege of Sarajevo, the capital of Bosnia
and Herzegovina lasted four years and was the longest siege of a capital city in the history of modern warfare.
Steven Galloway, a Canadian author, wrote a wonderfully moving book titled The Cellist Of Sarajevo, an amazing story of the siege and the bravery of this very private and highly talented cellist Vedran Smailovic.
Vedran often played for free at funerals and became famous for playing regularly on the streets of his wartorn city. Mikail Eustafiev took these photos in 1992 of Vedran Smailovic playing his cello in the partially destroyed national library... 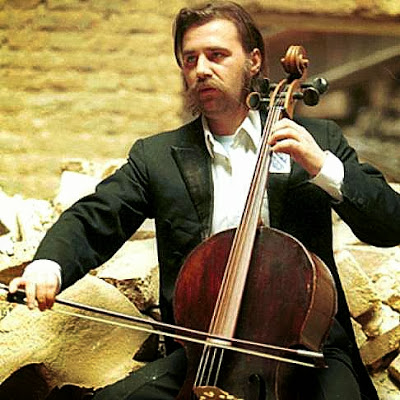