Mark Gunton, Local Idiot And Millionaire Went To Africa And Shot This Beautiful Elephant. Just ForThe Fun Of It... 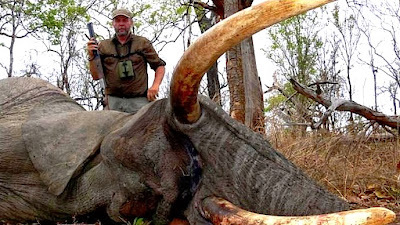 Mark Gunton unfortunately, I'm ashamed to admit, is a New Zealander.
He's also an idiot and a millionaire.
And one of those ignorant bastards with more money than sense.
Mr Gunton likes to shoot big game. It's got something to do with the size of his male appendage. Here he is proudly showing off the beautiful elephant he's just killed and a magnificent Nile crocodile he's also just brutally murdered. For the fun of it.
The glorification of his despicable deeds just makes them worse.
According to Auckland's NZ Herald newspaper, where this story originates, Gunton is a bigwig retail property developer.
Maybe he'll appear in another photo one day as the trophy. Shot. Just for the fun of it... 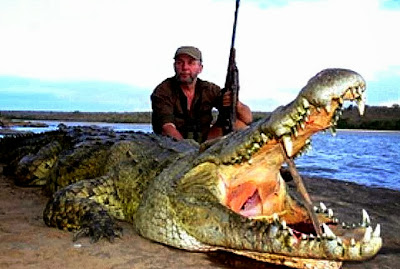