All Is Forgiven Charlie... 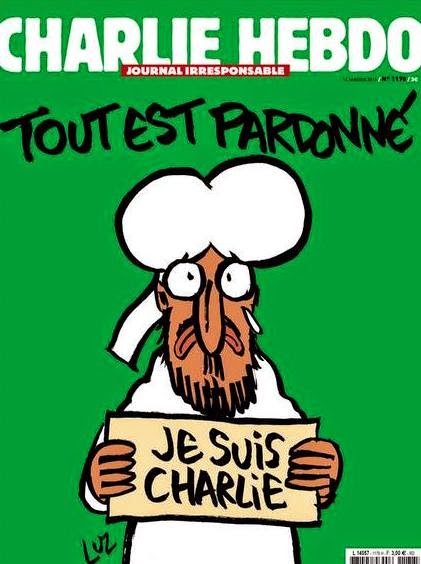 Twelve members of Charlie Hebdo's staff may have been murdered just days ago but that is no reason for the irreverent satirical magazine to shut its doors, roll over and die.
Their latest cover published today, features cartoonist Renald Luzier and depicts the Prophet Muhammad, a tear on his cheek, saying 'tout est pardonne', all is forgiven. I am Charlie.
Today's edition will have a print run of three million copies and will be available in sixteen languages thanks to financial donations by Google and the French media. Charlie's production run is usually around sixty thousand.
The pen may well be mightier than the sword but this latest cover will no doubt fan the flames of a fire that is not likely to be extinguished ...
Posted by The Flying Tortoise at 12:30 AM