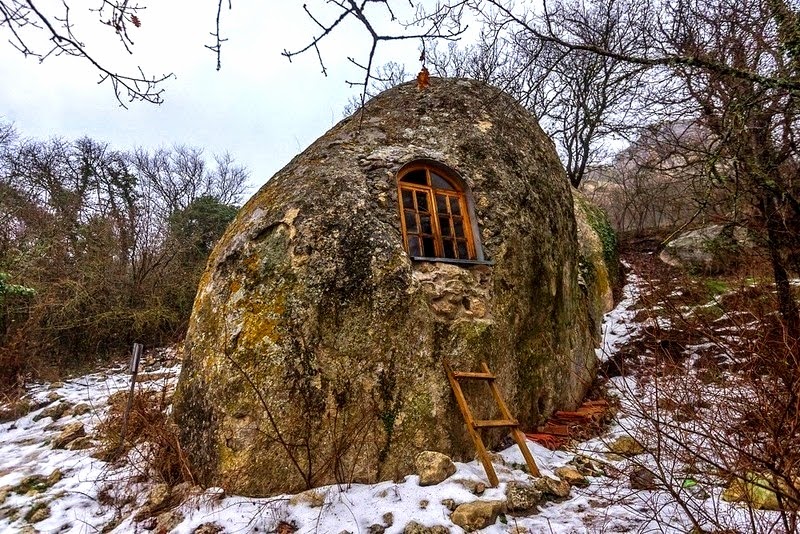 If you're feeling like getting back to basics.
Really getting back to basics, you might like to travel to Crimea to see the ancient cave city
of Eski Kermen.
Eski Kermen is a medieval town located just 6km from Mangupa, in the Bakhchisaray region in Crimea. The town is situated on one of the flat-topped mountains called mesa and is famous for its more than 300 caves. The caves were built in the 6th century and were used for human habitation because of the safety they provided and the shelter that they offered from the elements. Over centuries the dwellings grew and housed several hundreds of people at one time. Religious life was important to these people who built their churches in the caves.
The cave city was inhabited until the Mongols invaded the area in the 13th century.
Due to the mountainous terrain, the town was difficult to reach and was one of the last to succumb to the Mongol onslaught.
Today the caves of Eski Kermen are frequented by daytrippers and campers. 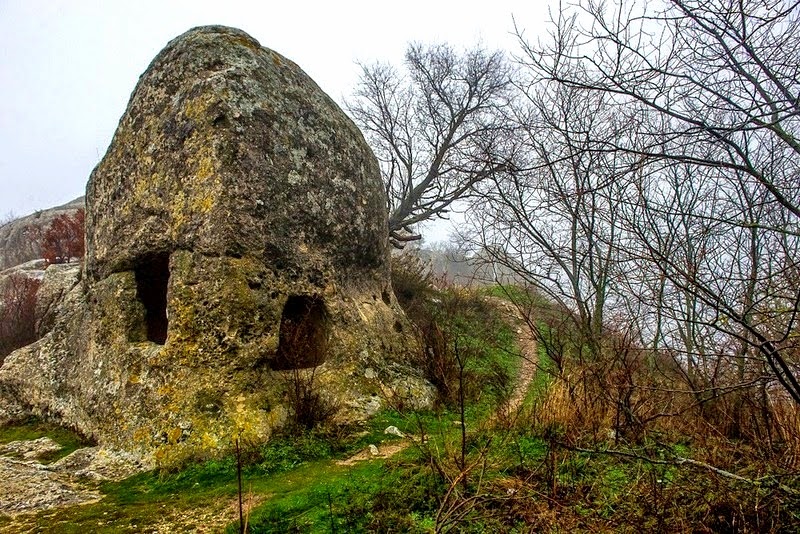 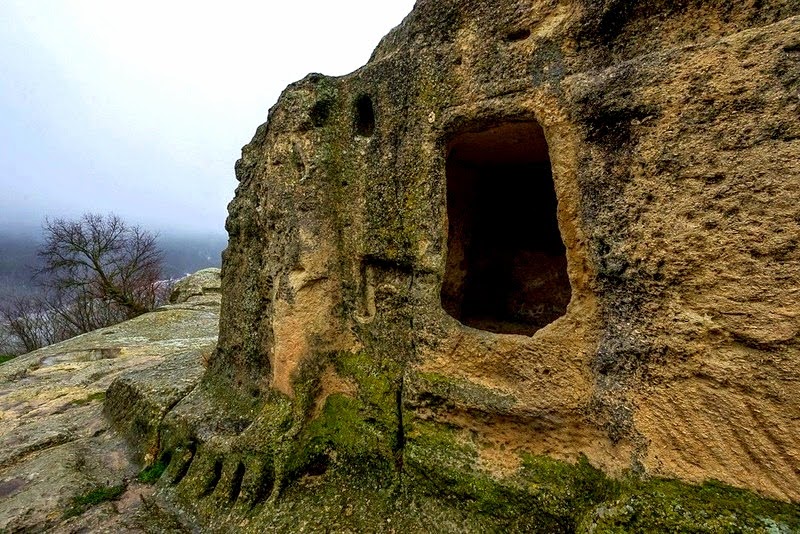 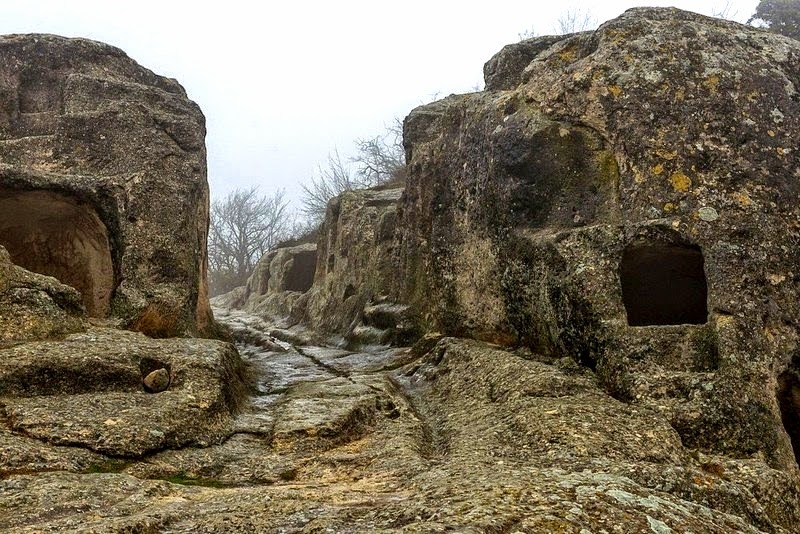 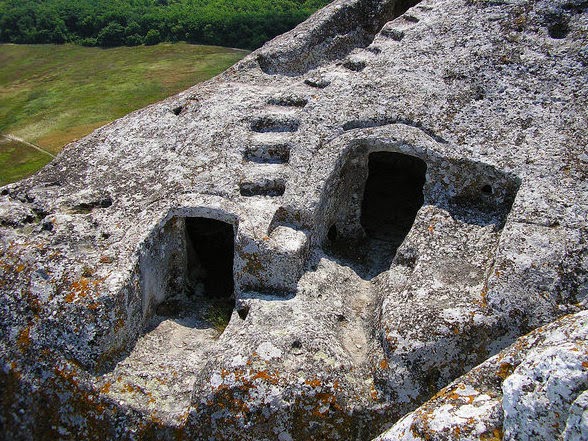 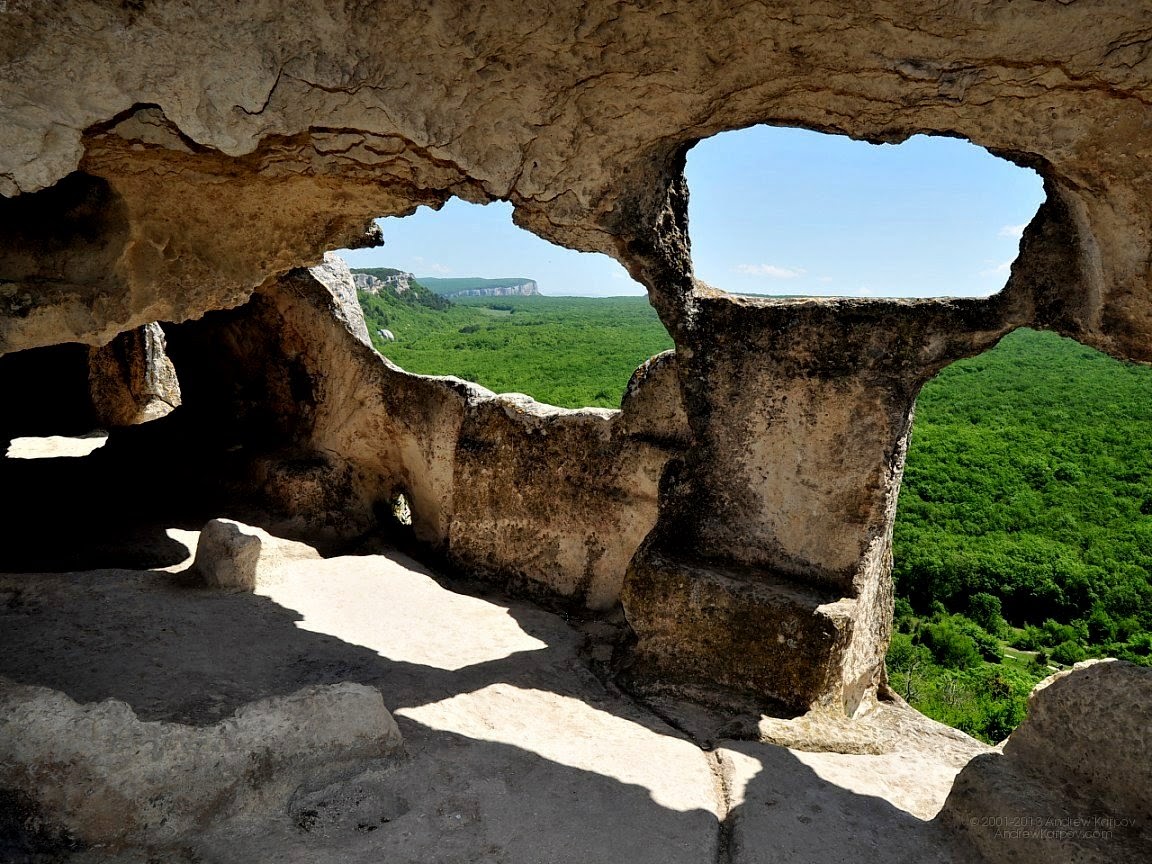 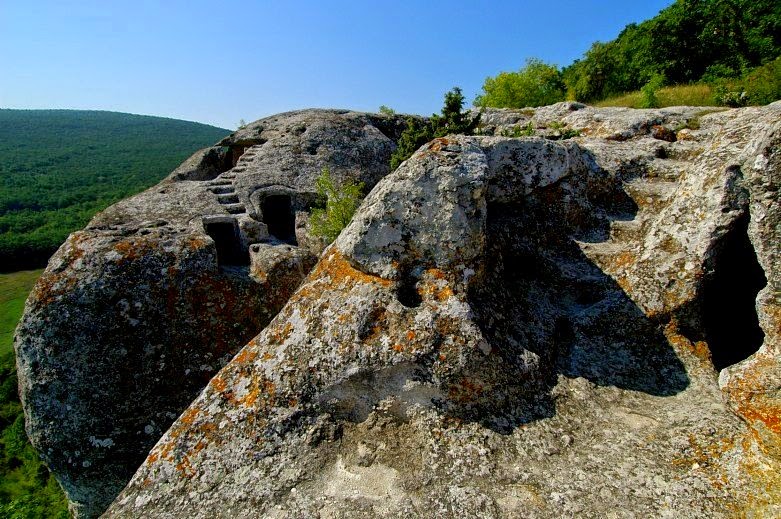 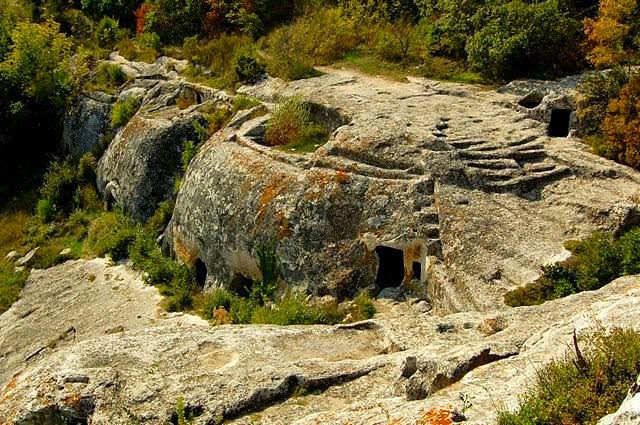 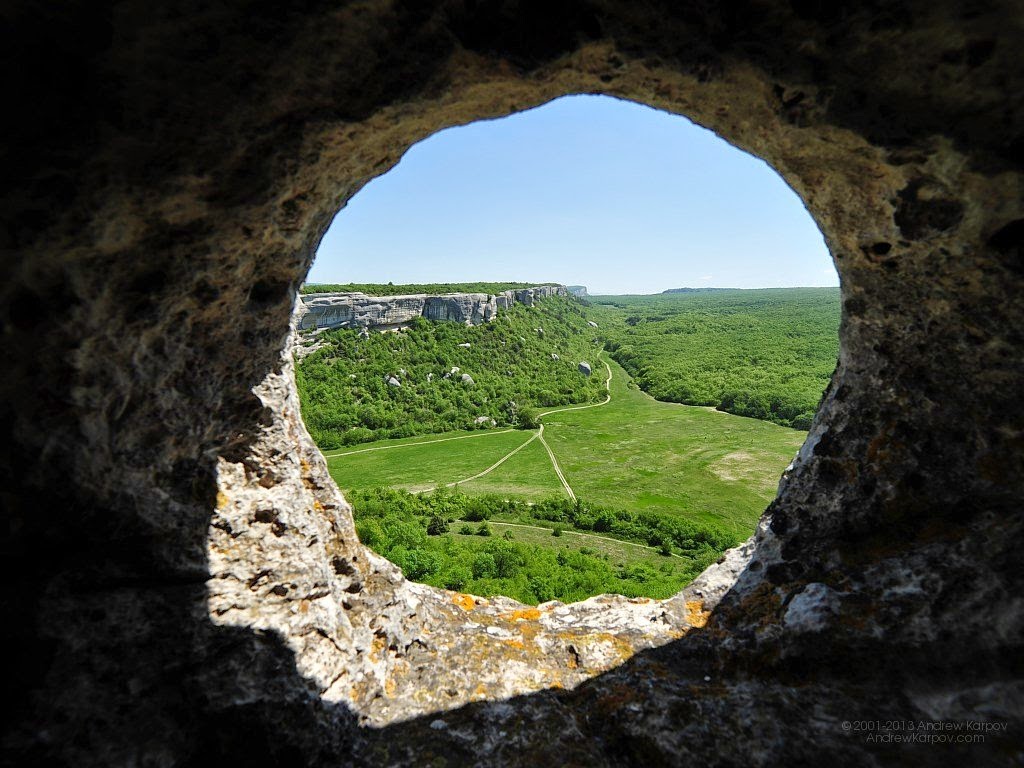