In Oklahoma In The Land Of The Free, Wearing A Hoodie Could Get You A $500 Fine... 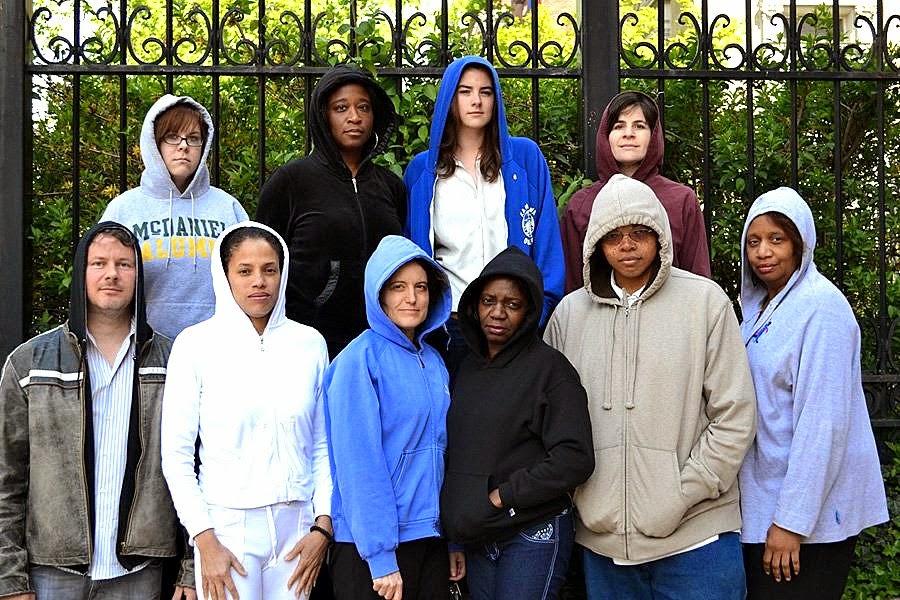 Wearing a hoodie in Oklahoma just might get you a five hundred dollar fine. Just another example of the world going from mad to madder.
Oklahoma residents are concerned that a proposed bill will make wearing a hooded sweatshirt in public a criminal offense.
But it has nothing to do with Trayvon Martin.
You'll remember Trayvon Martin. He was the seventeen year old hoodie wearing African American kid who was shot and killed by George Zimmerman in dubious circumstances
back in 2012.
The wearing of hoods and head coverings during the commission of a crime has been against state law since the 1920s, with the original intent of curbing violence perpetrated by the Ku Klux Klan but now the new law prevents an individual from intentionally concealing his or her identity in a public place by means of a robe, mask, or other disguise even if he or she were not involved in a crime.
The group above are protesting against stereotyping on the annual National Hoodie Day and asserting their individual rights to choose...
Posted by The Flying Tortoise at 6:00 AM

Email ThisBlogThis!Share to TwitterShare to FacebookShare to Pinterest
Labels: george zimmerman, getting fined for what you wear, individual rights to choose, kkk, national hoodie day, protesting against stereotyping, the land of the free, trayvon martin, wearing a hoodie in oklahoma