This Amazing Lightweight Inexpensive Robust Bicycle Is Made Entirely From Cardboard... 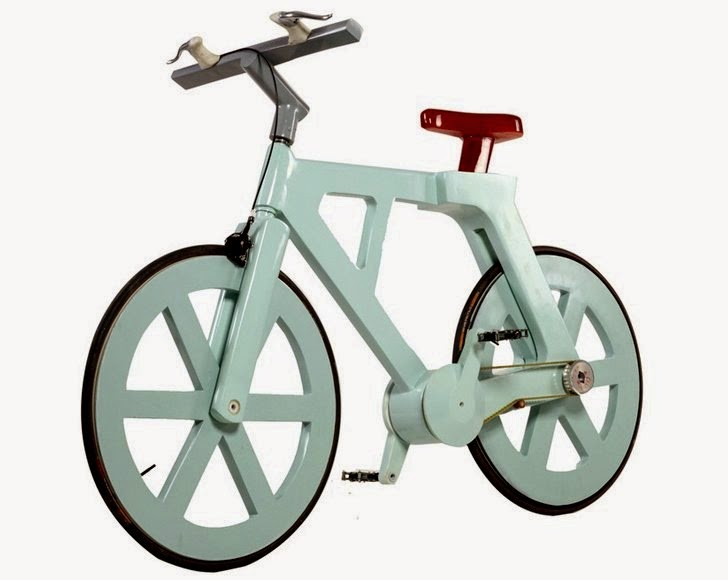 Imagine a bicycle made completely from cardboard. That's what Israeli bicycle hobbiest Izhar Gafni did.
He imagined it, he planned it and then made it.
It's a bit like Japanese Origami says Izhar, folding the cardboard on itself both shapes it and strengthens it.
To such an extent it can support a 300 pound person and costs about $10 to make.
Izhar says his obsession with cardboard started when he read of a man creating a canoe out of the stuff. He immediately raced to his shed and started cutting and folding old cardboard boxes into bicycle shapes and it just went from there.
He resin coats all the parts to make the bike waterproof and durable but so far there's no idea on how long the bike will last.
It's got a patent pending though and should be on the streets soon at a price so cheap it won't be worth stealing one.
And it comes with a cardboard bike helmet too... 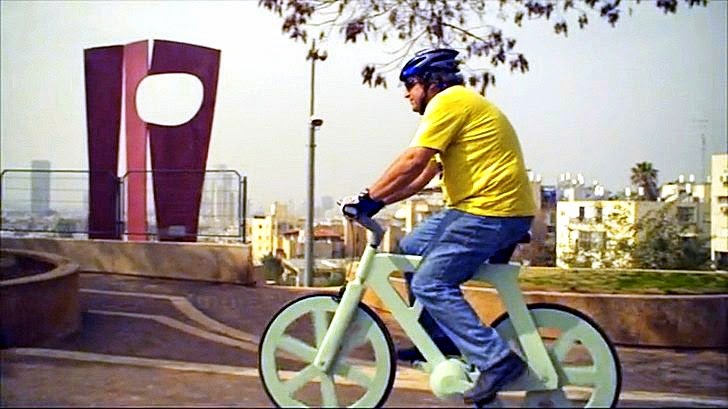 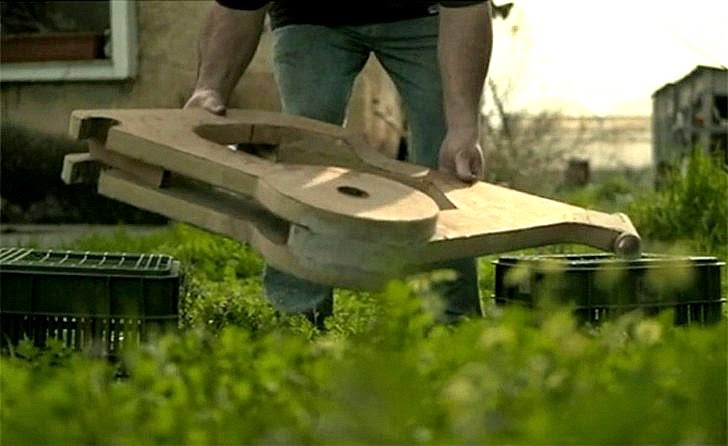 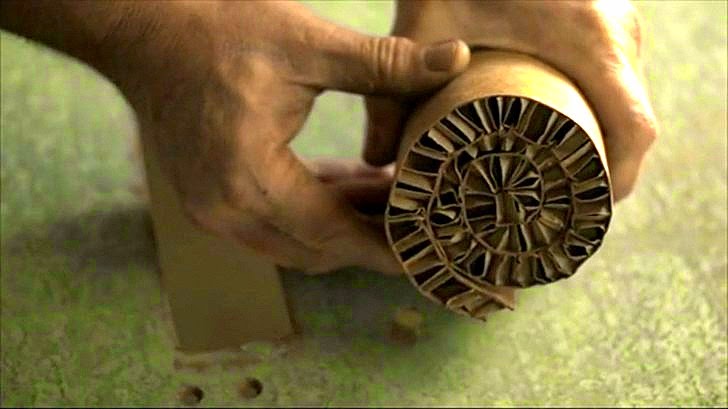 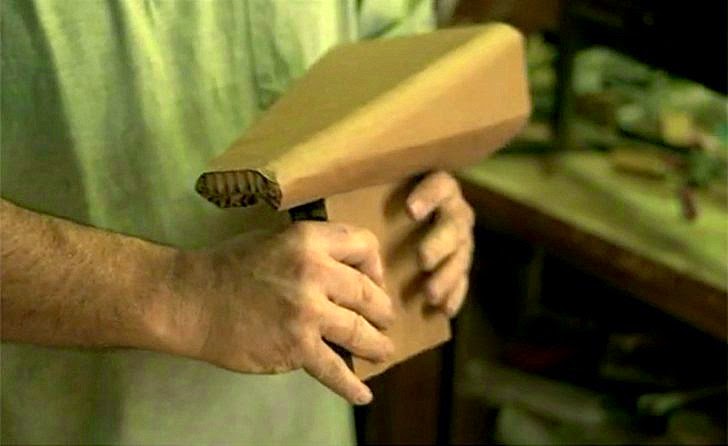 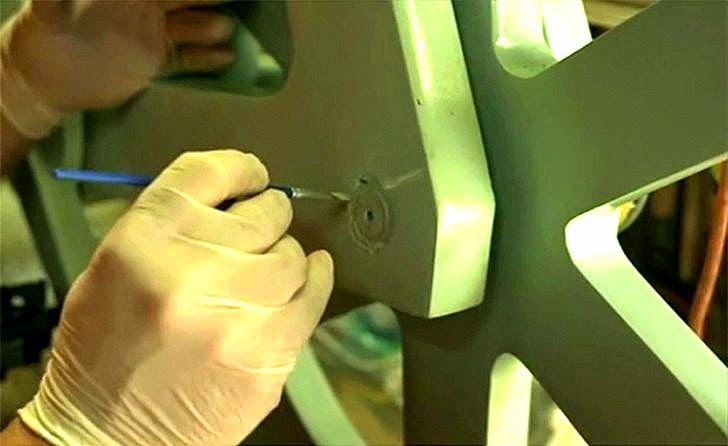 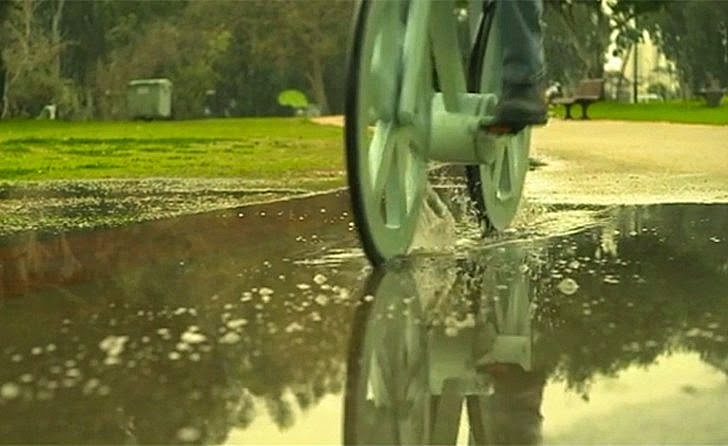 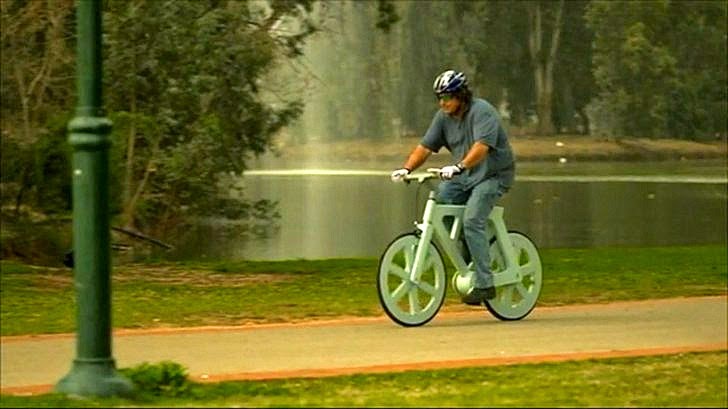 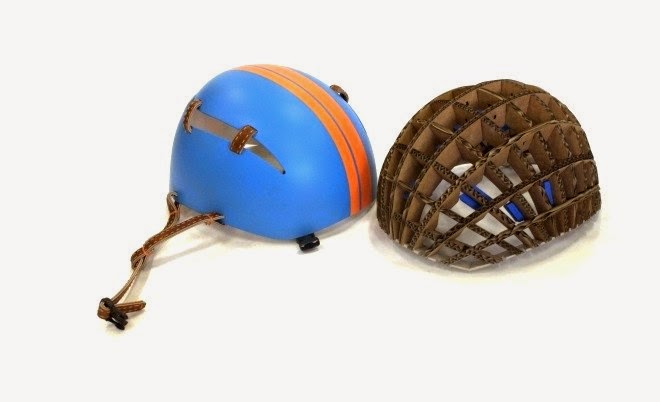