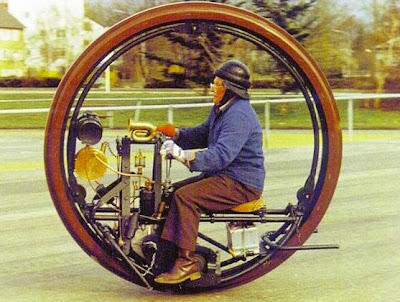 Where there's a will there's a way and where there's a fertile imagination there'll be innovative design solutions.
From the top we have the 1910 Edison-Puton Monowheel built in Paris and powered by a 150cc De Dion Engine.
Then there's Swiss engineer Mr Gerdes astride or nearly inside his 1931 one wheel motorcycle that he attempted to travel from Switzerland to Spain. He was last seen in France.
And then we have Englishman Dr John Archibald Purves with his 1932 Dynospere.
Imagination said Einstein is more important than knowledge... 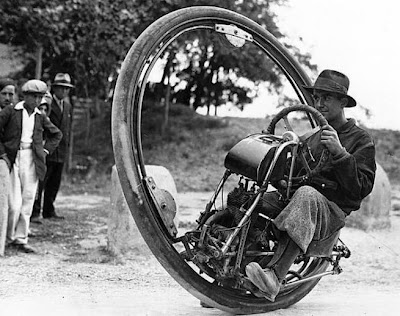 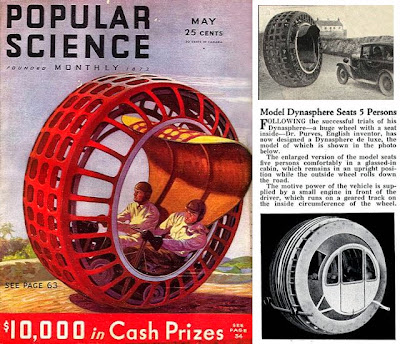 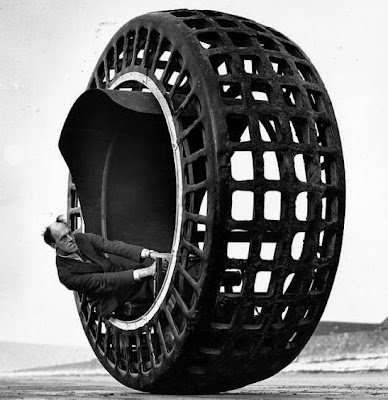