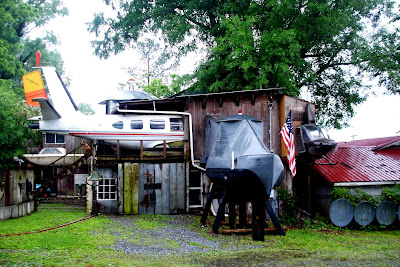 Sam Edwards, writer, adventurer, one time aide to President Jimmy Carter and also to Senator John Glenn, has a penchant for the unusual.
His wonderfully creative treehouse in which he's lived in since the early 1990's  reflects his eclectic tastes.
It houses a small ski boat, an aeroplane, a helicopter and a submarine that was used in an Elvis Presley movie.
Sam took the words The construction of one's home is the noblest of professions penned by Henry David Thoreau seriously, and it's now become his life's work and evidently the most well known treehouse in the world.
And if you didn't know that, you do now.
Sam's an interesting, hospitable man and welcomes visitors for a free tour of his treehouse, situated behind a Mexican restaurant at 360 Piedmont Street, Calhoun, Georgia.
Email him first though at samstree@aol.com
to make sure he's home... 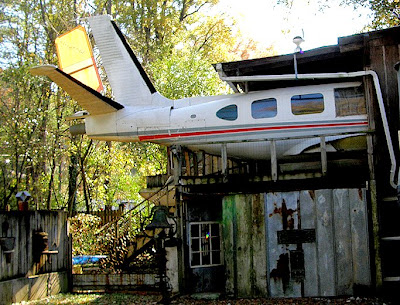 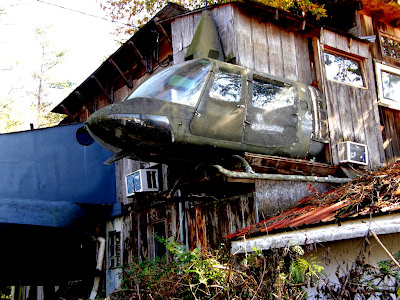 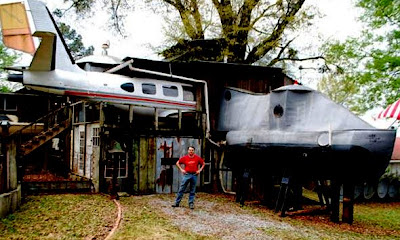