It's Not A Bird. It's Not A Tortoise. It's The Flying Bicycle Taking To The Skies... 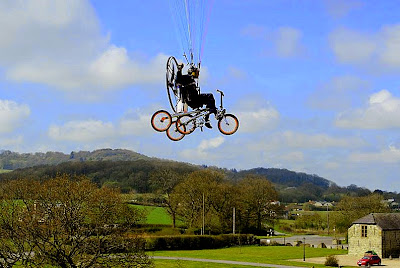 Introducing The Flying Bicycle.
It could well be the new novel way to get around.
It could also be an answer to traffic congestion, parking problems and road rage.
Built by British engineers, John Foden and Yannick Read the XploreAir Paravelo has recently completed its successful test flights and is the world's first flying bicycle.
It requires no license to fly and it's capable of cruising up to twenty five mph at a maximum altitude of four thousand feet.
For about three hours.
It's powered by a little biofuel-powered 249cc two-stroke motor and is steered by a flexible para wing. It's really like an ordinary bike with an attachable trailer fitted with a powerful fan.
When you land, simply detach the pieces and you've got an ordinary bicycle.
Well not too ordinary.
There's a lot more to like here.
If you're not scared of heights, The Flying Bicycle could be a lot of fun.
Another great idea that got off the ground... 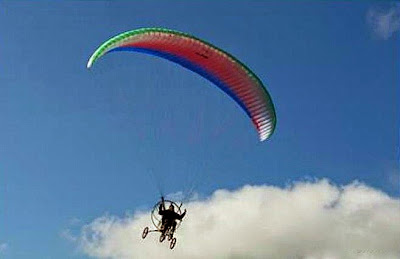 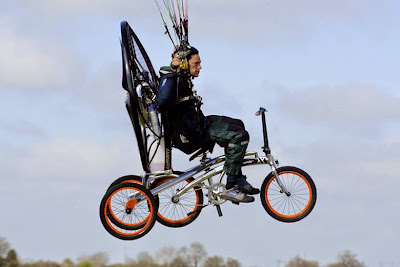 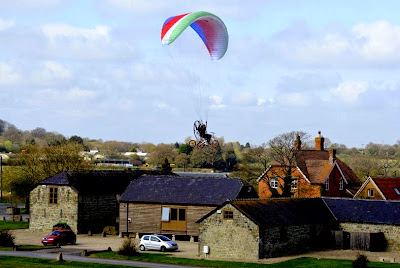 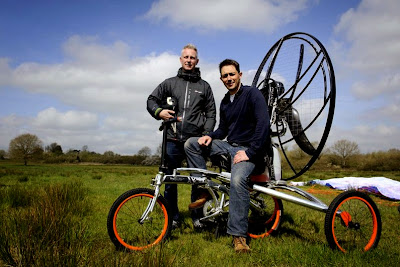 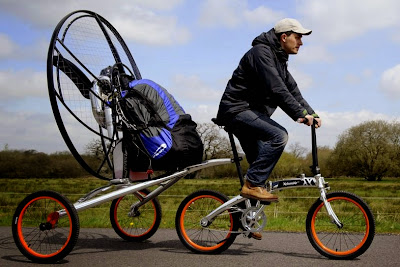 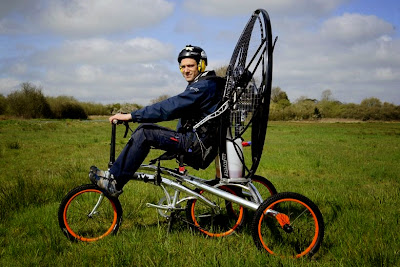 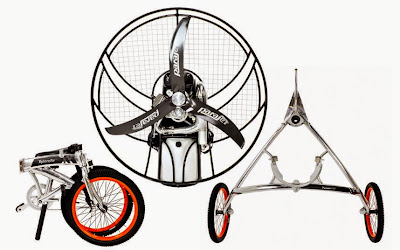 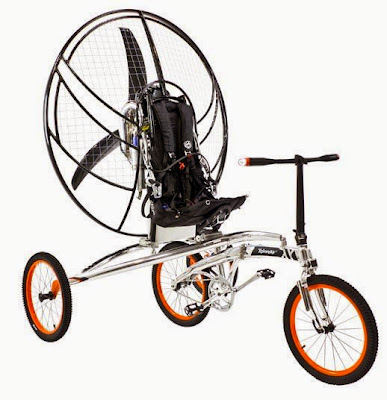 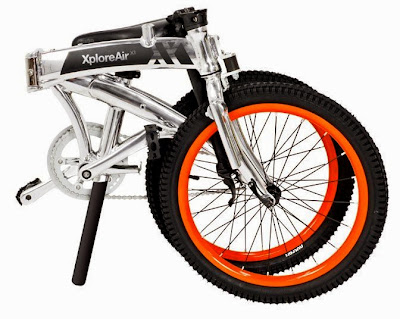 Email ThisBlogThis!Share to TwitterShare to FacebookShare to Pinterest
Labels: a great idea gets off the ground, biofuel powered, british engineers, john foden, taking to the sky, the flying bicycle, xploreair paravelo, yannick read