Bicycles Are Getting Lighter. Lifting This One Is Child's Play... 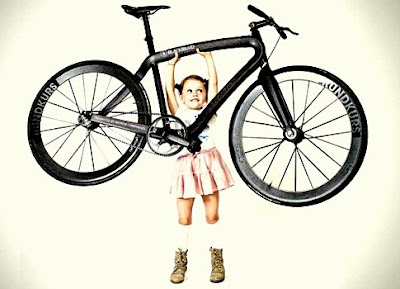 There's a cycling race that's more competitive than the Tour de France and that's the one to produce the world's lightest bicycle.
PG Bikes with the expertise of  Munich Composites are among the leaders right now with their carbon fibre bicycle weighing just under eleven pounds, that's only 5kg. Lifting that bicycle is child's play.
But the world's lightest bike is much lighter. Originally created in 2008 by the German visionary Gunter Mai, the bike's been re-made using an especially high-grade carbon fibre and now tips the scales at only 2.7kg or just under 6lbs. That may well be lighter than the laptop you're using right now.
And if you could buy it you'd be paying
more than $45,000.
It's not a child's plaything... 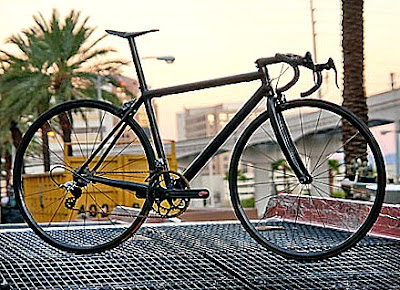