Jeanette. Living The Dream And Her Tiny Home On Wheels... 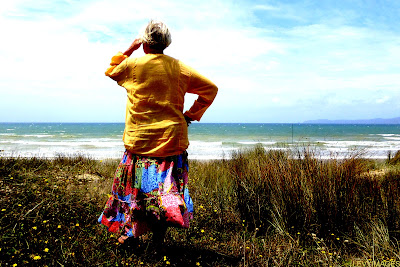 Some of Jeanette's story will be familiar to many. Met the man of her dreams at fifteen, married at eighteen, four children and a marriage of forty seven years.
There any familiarity may well end.
One day while waiting for the school bus which she drove, to be serviced, watching the small planes at the adjacent airfield touch and go,
she decided to fly.
There was more to life than going to tupperware parties, coffee mornings with the girls and various committee meetings.
Her children were grown up, she was forty years old and there was this dream.
One lesson and she was hooked. Now many years later, she can recall the challenges, the fears, the weight loss before each flying lesson and the joy of being offered her dream plane,
a Cessna 172 to pilot.
For ten years she was a private pilot and then after getting her commercial licence, together with a friend, founded a little airline that flew between the island on which she lived and the mainland. Or anywhere else.
This remarkable lady has been living life to the full since she grew up in the famous Mansion House on Kawau Island in New Zealand's Hauraki Gulf where it was home to the country's first Governor General Sir George Grey in the mid eighteen hundreds.
And a few years ago, not being put off by the fact she hadn't ever ridden a motorbike, Jeanette did a road trip through India on a Royal Enfield.
I caught up with her here in the Far North, freedom camping in Ishvari, her beautifully decorated little home on wheels.
Jeanette plays the flute and we've been making music together... 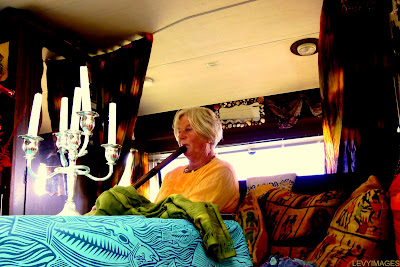 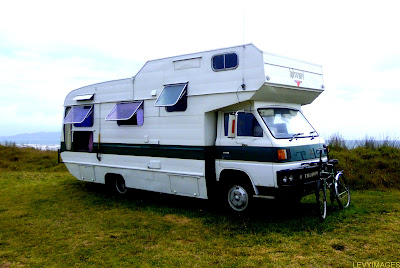 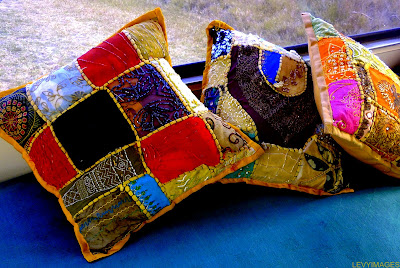