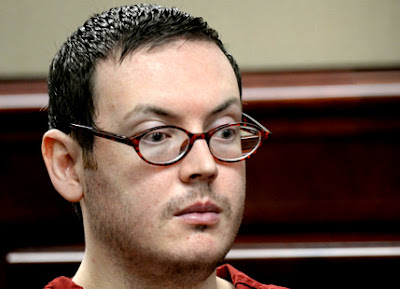 Wow! Twelve life sentences. A total of three thousand three hundred and eighteen years in jail with no chance of parole. If I'd known I was going to get that length of sentence I may not have done it, convicted Batman theater killer seems to be thinking as he's led away from the Colorado courtroom to begin his never ending term of imprisonment.
But nothing seems to deter some of the US citizenry who continue to reign terror on their fellow Americans.
The homegrown killings far outnumbering the number of terrorist acts perpetrated on US soil by known terrorist groups.
The enemy within.
And when will Americans stop killing each other?
Probably, like James Holmes prison sentence.
Never. And when will the people of the world stop committing atrocities against each other?
Again, probably never...