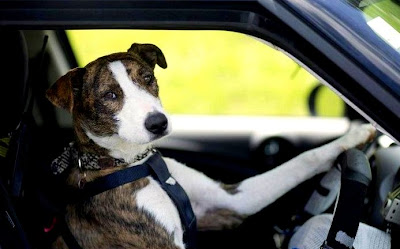 Ginny, a Whippet Cross, Porter a Border Collie Cross and Monty a Giant Schnauzer just happened to be three of the abandoned dogs that abound in New Zealand.
The SPCA decided to try and teach a few of their homeless dogs some skills to up the profile of the Society for the Prevention of Cruelty to Animals and to change the public's perception of the intelligence of rescued dogs.
Who knows, there may be some openings for these canny canines as taxi drivers or racecar drivers or, or, or airline pilots.
The well known and world acclaimed animal trainer Mark Vette who's team have trained animals for Lord of The Rings and The Last Samurai have been preparing the pooches for their live performance on NZ television.
It's hard to concentrate on doing things right said Monty, who became the world's first driving dog, when all these back seat drivers are yelling and cheering and taking photos. It's not really such a big deal 'cause in New Zealand, political animals run the country, but not very well, a bit like performing seals really.
And if you're really lucky you might even see a flying tortoise.
You can see more here Monty, here Porter, here Ginny... 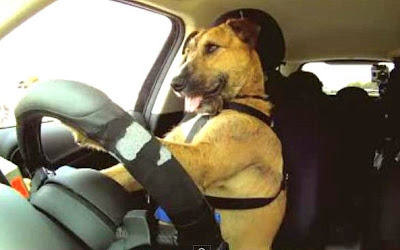 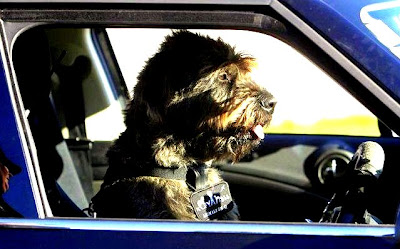 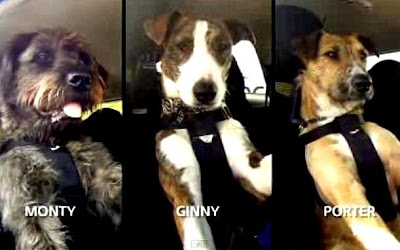 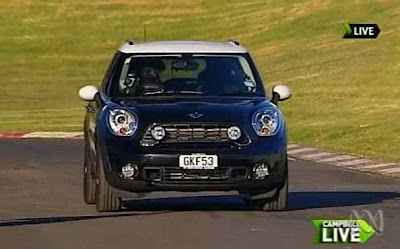 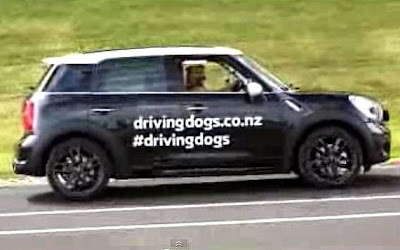 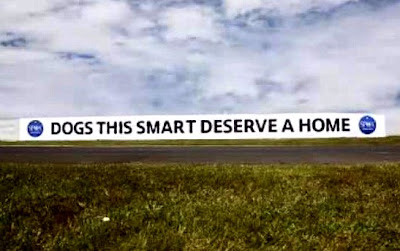