I Thought I Was Seeing Double... 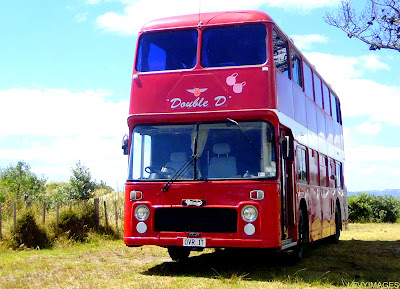 I thought I was seeing double.
It was early afternoon and I hadn't been drinking so it could've been the sun.  But I was right and it was Phil and Zara with their two children PJ and Zach, arriving at Uretiti Beach in their 1979 Daimler Fleetline Housebus.
Originally a City of London bus, it was imported into New Zealand in 2000 and became an Auckland City Party Bus.
Phil and Zara have owned it for seven years and are well accustomed to the many who surround the bus to ask questions and take their photos.
It didn't take long for a group of guys to gather around the rear of the bus as Phil was showing off the huge six cylinder Gardner that takes up nearly the full width of the bus.
It's top speed is about 65kph but hey, who's in a hurry when there's a great life to live... 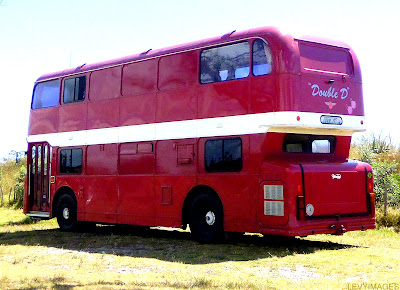 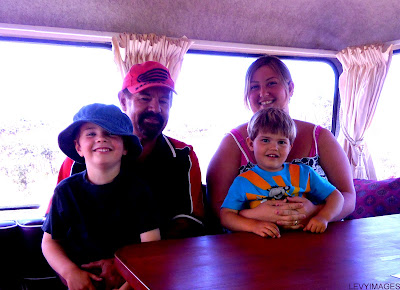 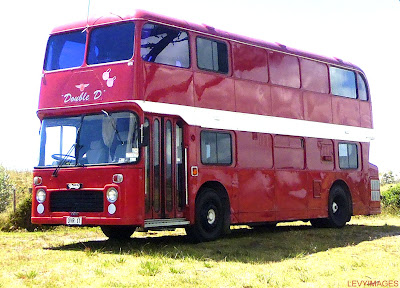 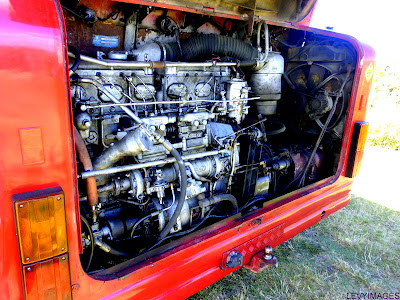 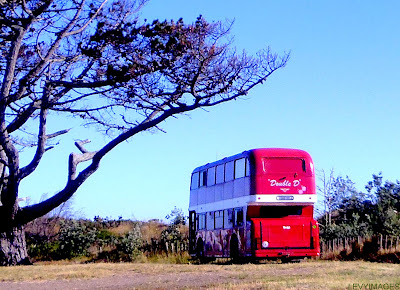