John Lennon Lives On In Prague... 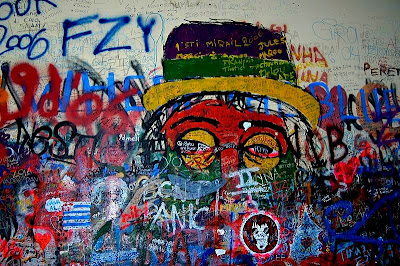 The John Lennon Wall is dedicated to peace and the freedom of speech.
Situated in Mala Strana in the Czech Republic's beautiful city of Prague, this once very ordinary wall has, since the 1980's been transformed, painted over and painted again and again by many thousands of people who initially defied the authorities and risked imprisonment to voice their views in their quest for personal freedoms.
John Lennon influenced and inspired the 'Velvet Revolution' which eventually led to the fall of communism in the former Czechoslovakia in 1989.
In 2011, The Protester was Time Magazine's Person of The Year.
Perhaps The Protester will, in 2012, become even more of a figure of hope.
We might even witness less greed and our world may become less punitive, more benevolent, more giving and caring.
Maybe the campaigns against world and local governments who continue to take personal freedoms away from their citizens will be won.
Maybe governments will listen to what their people want.
Maybe I'm being silly and naive again.
Welcome to my first post of this new year.
I wish you much love, peace, happiness and good health in 2012... 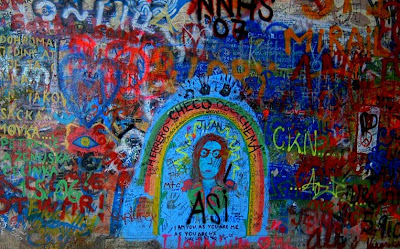 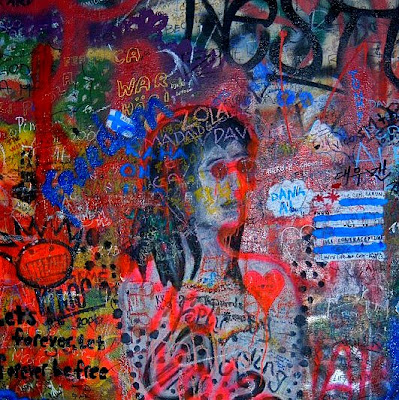 Posted by The Flying Tortoise at 12:01 AM