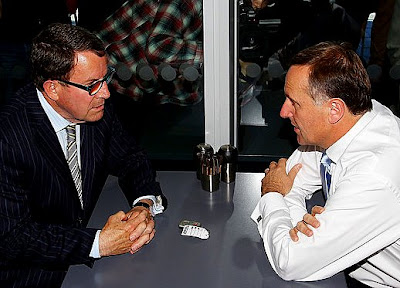 Last November the Prime Minister of New Zealand John Key, sat down with wannabe MP John Banks, at an Auckland cafe to have a cuppa and a chat about how they would play in their sandpit together after the election, and who would have what toys.
Their boring and utterly banal conversation was inadvertently recorded by a media person and caused more than a storm in the proverbial teacup.
The PM complained to the police who then set about raiding the offices of the free press.
The folk over at Boing Boing have a copy of the leaked tape and if you have a few minutes to waste you can hear it here... 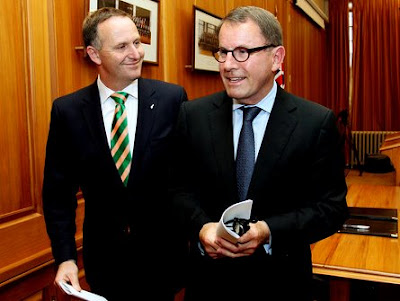 Posted by The Flying Tortoise at 7:30 AM