David Shearer. Man Of The Year... 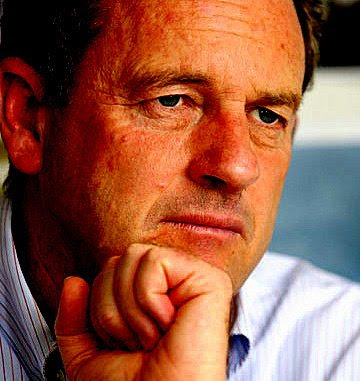 In July 2009, after he'd won the bye-election that placed him into New Zealand's parliament, I said that he would be the new leftist Labour Party leader after the 2011 general elections.
I said it again here a couple of weeks ago.
David Shearer has the X-Factor.
He's also a novice politician, freely admitting he's in need of media training to improve his communication skills as well as acknowledging he's untested on parliament's floor where things get down and dirty.
But he's used to down and dirty, in theatres of war and at trouble spots all over the world during his time managing aid missions for the UN.
His Caucus colleagues overwhelmingly voted him the new Labour Party leader yesterday.
Here is a man perhaps destined to become a great one.
His victory yesterday could well mean there are a few million winners.
This man has an opportunity to make a huge difference.
I hope he does.
We in New Zealand need such a person.
He's my Man of The Year...

Posted by The Flying Tortoise at 8:56 AM