I'm sorry. My apologies. It was very naive of me. Incredibly stupid really to think for a moment that 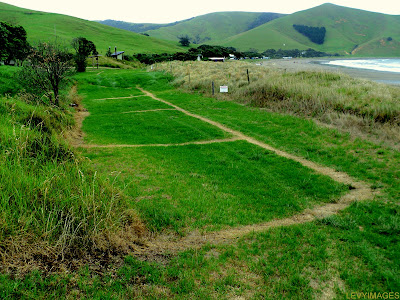 1080 signatures out of a possible 1250 would be sufficient to make a difference to New Zealand Government's Minister of Conservation.
The arrogant Minister Wilkinson has chosen to totally ignore, to not take the slightest bit of notice, to treat with complete contempt and do nothing we asked her to do on the petition that was finally presented to her in April of this year. Apart from saying that before any future changes are made at Port Jackson, some campers would be invited to discuss them.
Yeah, right...
The bollards that were removed by protesting campers in January have now been replaced.
Once again a Roundup type spray has been used on the grass to compartmentalize the camping ground so everyone now has to camp in the 'little boxes' you objected to so strongly.
This in my opinion is nothing less than environmental vandalism.
For those of you who thought you could 'freedom camp' at Port Jackson over the holiday period this summer, think again. You will now be like 'caged chickens', 'confined campers' placed in allotted squares where one size fits all, whether you have a two person tent, a large family one with awnings, a small camper or a large housebus.
The Department of Conservation couldn't care less about your wishes to keep camping simple and back to basics. They and their needs are much more important than yours. They have introduced these measures to cater to their 'bottom line' and to hell with you and me.
Good luck to the campers who are going to Port Jackson over the December/January period. You'll need it.
Good luck to all those campers who've been going there for thirty or so years and have preferred sites. Good luck with the one and only boat launching site and good luck with your complaints to DoC.
If these arrogant and ignorant politicians and bureaucrats won't listen to us then it could well be time for some old fashioned protesting and civil disobedience.
It's election time and 'open season' on politicians in November this year. I say it's time for a huge national 'culling' of the majority of them... 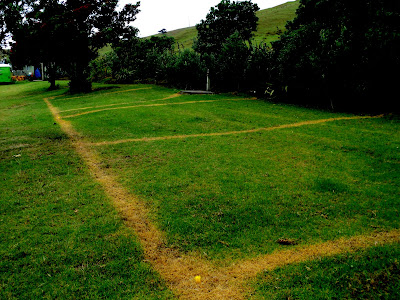 Posted by The Flying Tortoise at 9:54 AM