The Ecco. A Futuristic Campervan... 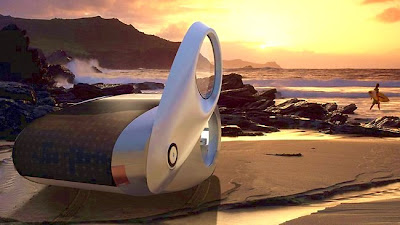 This futuristic campervan that doubles in size by flipping open like a Swiss Army knife is set to go on sale in 2014.
Passengers enter the 4.5m long Ecco vehicle through a stairway that folds into the ceiling. The space is then transformed with a flip-out top deck, collapsible walls and fold down seats for extra room.
The Ecco sleeps five and is eco-friendly with a solar panelled roof that charges its battery and the vehicle produces zero emissions.
An eight hour charge promises to keep it running for 24hours and it will evidently have a top speed of 145kph.
The Swiss designer company, NAU, said the Ecco was inspired by the VW camper and the Airstream.
It hopes the Ecco will be just as iconic.
Yes, well, time will tell... 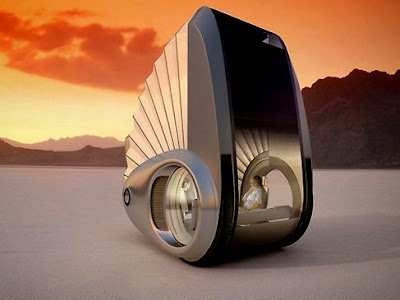 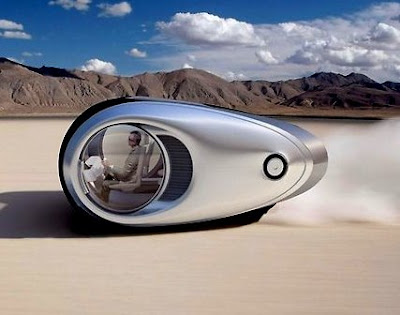 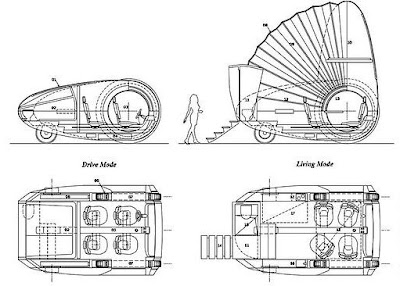 Posted by The Flying Tortoise at 8:02 AM