Nature Comes To The Rescue At Port Jackson... 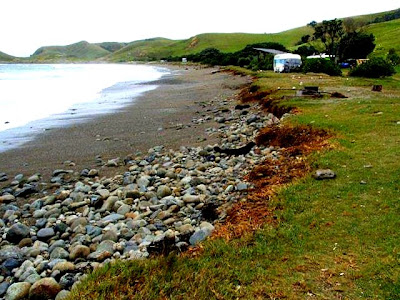 After the weekend storm, the only things remaining at Port Jackson which DoC put in place before Christmas are some lines on the grass and some post and wire fences that have nothing now to protect.
Nature has reclaimed it's position and rescued the campgound.
The plantings that were placed in the 'dunes' are now no more and neither are the man made dunes.
The bollards removed by a large group of irate campers wait in piles for DoC to come and collect them.
The sand and stone 'reclamation' bulldozed onto the grass verges have been washed away.
Only the scars from DoC's butchered operations remain but Nature will heal these too.
Nature has done what it always has done.
It has won.
Nature will always win.
The 1080 petitioners will be overjoyed with this result but will also realise that the battle is still to be won on other fronts.
I intend to put in place a procedure to hold the idiots at DoC who were responsible for the stupidities at Port Jackson to account.
Listen for the sound of heads rolling... 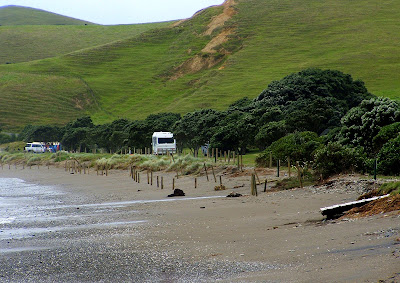 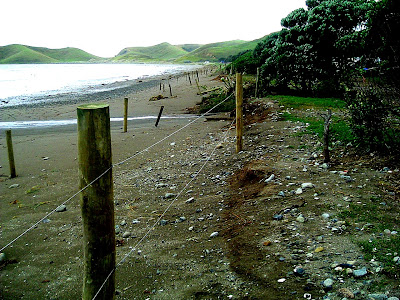 Posted by The Flying Tortoise at 9:03 AM