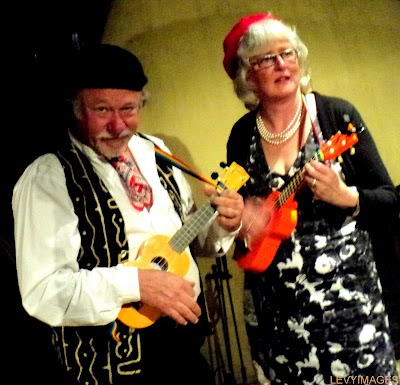 Margaret and Brett who, like at least eight of the thirteen who make up 'The Mahuleles' had never played a musical instrument before picking up a Uke six months ago.
Here they tune up before last night's Charity Concert for Women's Refuge at Matakana's Ascension Vineyard.
They played their first gig to an enthusiastic audience of around 2oo who yelled for more, and in doing so, many of the group laid a lot of personal demons to rest.
Break a leg people...

Posted by The Flying Tortoise at 10:05 AM