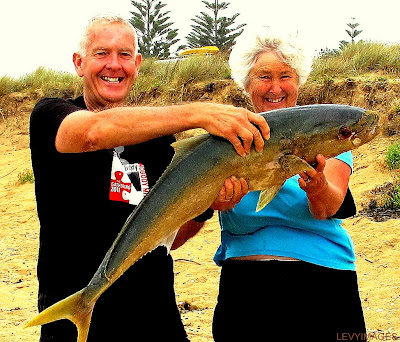 Relatively new to motorhoming and freedom camping but well experienced in life, Lyndsay and Bruce arrived at this remote beach in New Zealand's Far North and as TFT was the only other vehicle here, asked me if it was safe.
I told them the natives were friendly and they decided to stay.
We chatted a while and the irony of these two worrying about their safety here amused me.
They had spent seven years in Afghanistan on Aid missions.
In the midst of war zones.
On a number of occasions they had both been held at gunpoint by the Taliban and the Mujahaden.
They had had their vehicles seized and had been terrified captives more than once.
They had ducked bullets on the streets of Kabul.
The concern for their safety here didn't last long and they were rewarded for their bravery by catching a number of good sized Snapper and this superb Kingfish.
Guess what I had for dinner... 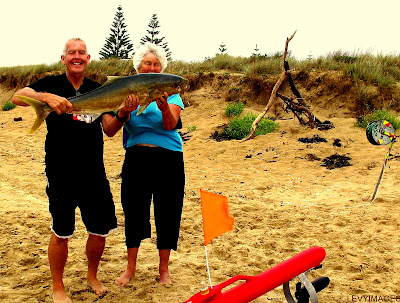 Posted by The Flying Tortoise at 8:13 AM