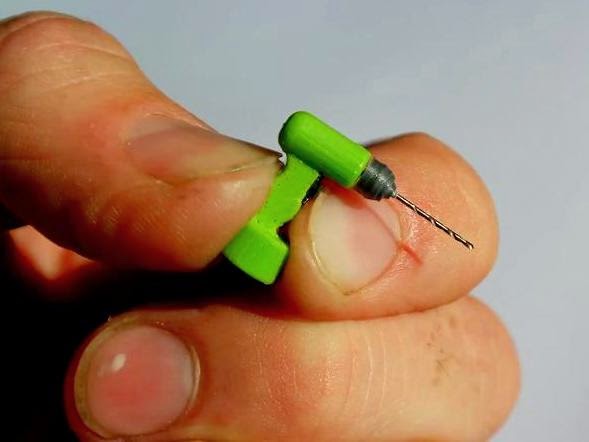 Auckland maintenance engineer Lance Abernethy who's been making tiny things since he was a small child drew up the plans using the computer design software package Onshape 3D and the Ultimake Two 3D printer to print out the drill body in two halves which took about twenty five minutes. And then it took another three hours to painstakingly get the wiring perfect. What could be the world's tiniest electric drill
is powered by a hearing aid battery and
a miniature motor.
For his next trick Lance is hoping to drill
the world's smallest hole... 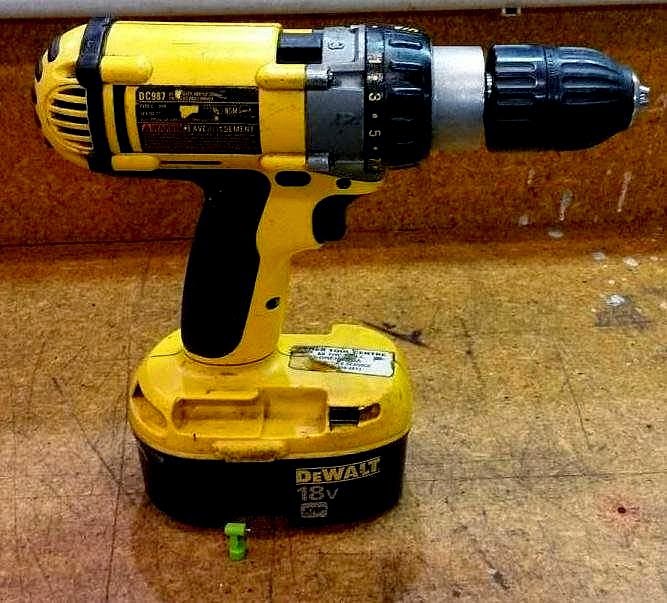