Ride A Bicycle They Said. Avoid Traffic Jams And Parking Problems They Said... 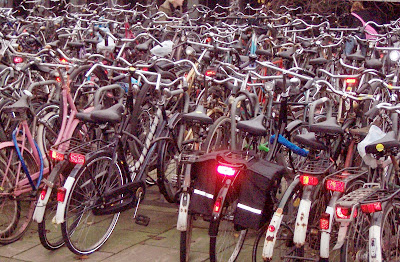 Ride a bicycle they said.
Avoid traffic jams and parking hassles they said.
Well in some parts of the world that would be so, but not in Amsterdam these days.
That great city boasts many more bicycles than its over eight hundred thousand citizens.
Thirty two percent of all trips are made on bicycles, some folk having a dedicated bike for shopping, transporting the children, or as light trade and delivery vehicles, and another bike purely for commuting.
But now the immense popularity of that simple transport solution is causing traffic jams and plenty of parking problems with too few bicycle parking spaces.
Over the next few years Amsterdam authorities will invest $135 million to improve bike infrastructure in the city with the creation of around forty thousand new bike parking facilities.
Biking will be fun again they said... 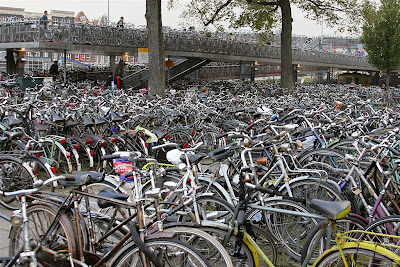 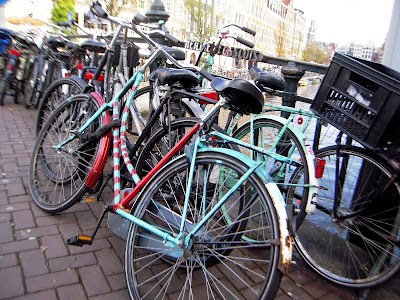 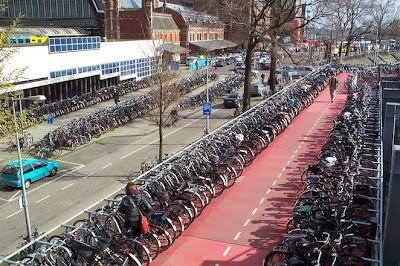 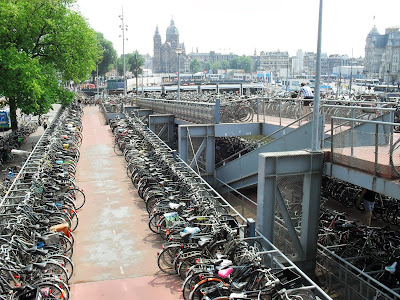 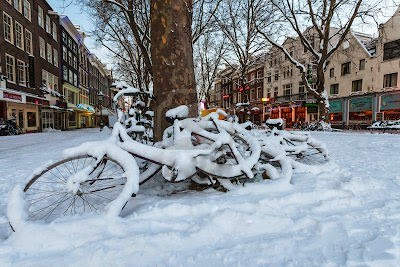 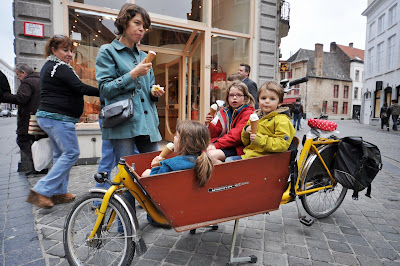